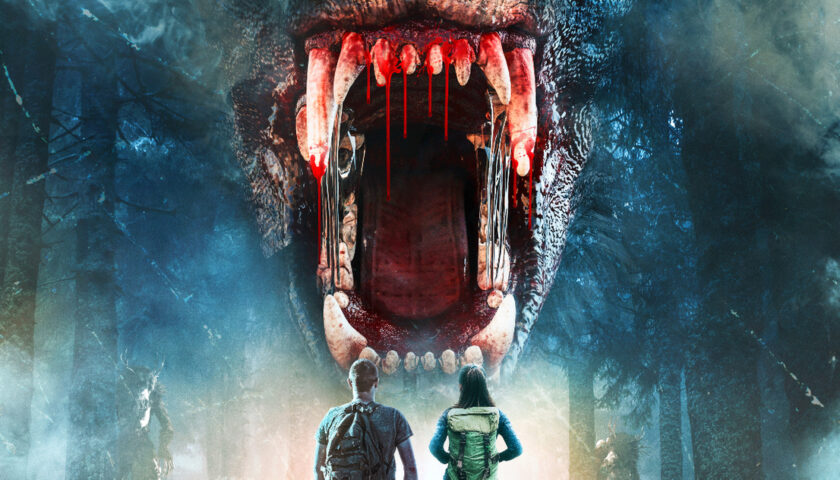 Choosing a movie to watch typically I try to do my best not to be shallow and prejudiced. So, coming from my experience, cheap looking posters, obviously bad acting in trailer, no trailer at all and low rating not always can speak for movies’ qualities. Onlly such indications as presence of Eric Roberts or others, who discredited themselves, among the cast and rates drastically lower than 4 guarantee a movie a rejection. Sorry, can’t watch everything… Besides all this sometimes when I see Uncork’d Entertainment’s video introduction in trailer or in a movie’s opening I can have doubts about the whole idea of watching it. Fortunately Dawn of the Beast is not the case. Not to say that this one is great, it’s not. But still I don’t regret spending my extremely precious time on it.

Where the movie succeds is it’s ability to look original within horror slasher genre. It follows all slasher trops but manages to deliver something new as well. 5 kinda youngsters or middle-aged students (sometimes it’s hard to tell, which category they represent), professor who leads the expedion (typical drunkhead), cabin in the woods (pretty original, ha?), opening scene with some entities, lurking in the forest (which tension managed to give me thrills though)… we’ve seen it all. But here we have a little more than that. For instance makers’ approach regarding the final girl and the crucial battle with upbeat soundtrack closer to the end. All that along with impressive for a tight b-movie budget special effects, created eerie pressing atmosphere, not a bad acting of the cast and obvious dedication to the filmmaking process from all members of the crew make Dawn of the Beast a standout among other cliche’d stereotypical horrors.

On the negative side… Some script decisions are rather questionable, especially when it comes to the way they decided to eliminate a couple of characters in somewhere in the midle of the movie, too boring to my liking. Even though the acting isn’t terrible, still it has its downs. Such as implausible screaming and big speeches right in the middle of the blood bath. The second one is more about flaws of the script too, but still. Also unlike the first part with all its tension and macabre atmosphere, the second one is not scary at all. Constant running around the house and hiding become annoying. Overuse of depressing soundtrack, designed to convey the proper mood, with the tension gone makes it irritating. Hopefully closer to the end movie gets back on track and keeps its pace and quality till the very closure.

All in all Dawn of the Beast is a good example of low-budget indie flick, flawed, but with heart. All envolved in the process knew exactly what they were going for, despite lack of money and, probably, experience. So…there you have it)