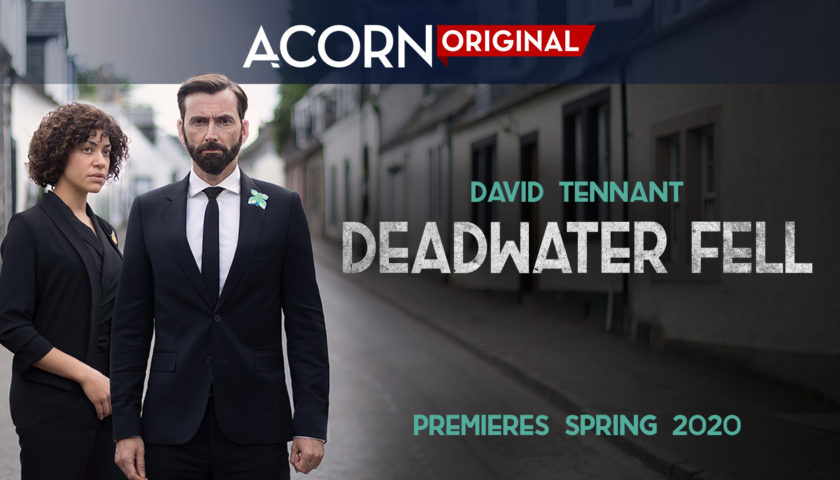 Two days after ITV’s true-crime dramatisation of the Jeremy Bamber murders, White House Farm, comes Deadwater Fell (Channel 4), a four-part drama about an equally horrific domestic crime. It is fictional, but conveyed with such intensity that it seems more vivid than the real life murders depicted in the week. These are the strange convolutions of watching crime on TV. Deadwater Fell is gruelling, but it’s hard to take your eyes off it.

Created by writer Daisy Coulam (Grantchester), the series explores the consequences of a horrific quadruple-murder in the made-up Scottish town of Kirkdarroch. David Tennant stars as local GP, Dr Tom Kendrick. One night Tom and Kate’s neighbours and best friends Jess (Cush Jumbo) and Steve (Matthew McNulty) look out of their window to see the Kendricks house ablaze. They rush to help but Kate and the children are dead. Steve saves Tom from the wreckage. A post-mortem suggests it wasn’t the fire that killed them; they all have puncture marks visible on their inner elbow. What happened, and who done it?

Early suspicion falls on Kate, who has suffered from post-natal depression and has recently had her medication reduced. It’s reminiscent of the murders at White House Farm, where police initially suspected Bamber’s sister Sheila, who had also had mental health problems.

Without a real-life template, Coulam must be more wary of the crime-drama trope of an attractive dead woman early on. Kate’s backstory is extensively fleshed out, helped by a convincingly frazzled performance from Madeley. She works at the local primary school with her best friend, Jess (Cush Jumbo), Steve’s wife, who’s going through an arduous process of IVF.

It’s not long before suspicion falls on Tom. Tennant is a master of giving apparently ordinary blokes a fleeting darkness beneath the surface. You like him, but only just. Writing in this publication, Coulam said she was inspired by true-crime documentary, and her script builds a sense of dread through its focus on small details. These are not just the standard DNA samples and alibis of police procedural, but the tiny psychological clues about who was thinking what about whom and why.

Unusually for a drama like this, the producers and directors are women, too, and the female characters are noticeably well rounded. The children do not feel like add-ons, but central to the emotional life of the families, which makes their demise all the more awful. Although we know something awful is coming, the first episode takes its time to properly set the place and setting. There’s a longish establishing sequence of a cycle race coming through the town, and scenes showing how apparently happy everyone is. The long sandy beaches and undulating forests around Kirkdarroch quickly come to seem like walls as the town turns itself inside out over the murders. Fiction might not be stranger than truth, but it can make for much better telly.