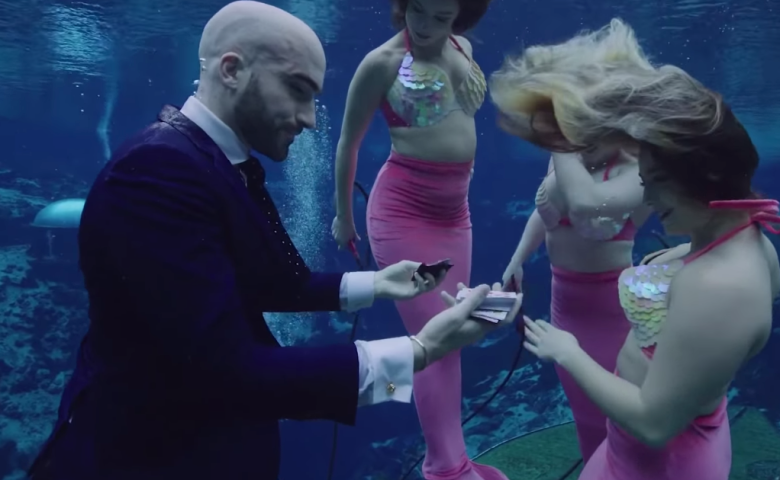 Review: Usually when someone dies doing something, it’s a good idea not to try that thing. That has not stopped popular magician DMC (nee Drummond Money-Coutts) from trying to succeed at some of his profession’s most dangerous magic tricks.

Netflix unveiled the first look at “Death by Magic,” an upcoming series in which DMC attempts tricks that stymied magicians like Harry Houdini. Presumably he’s OK (unless his continued social media presence is part of a very elaborate ruse), so he’s at least managed to not fall prey to his predecessor’s fate.

These attempts are updated versions of these classically perilous tricks, including spins on being buried alive and playing Russian roulette. DMC’s pursuit takes him across a handful of different continents, looking into the cases of individual deadly magic stories. Recently, in his own words, DMC described “Death by Magic” as “a tribute to those magicians who gave their lives in the pursuit of greatness. It is a eulogy and a celebration of the dream-chasers who pushed themselves to the absolute limits of what is possible within our craft.”

DMC won’t be doing it by himself. To pull off these death-defying tricks, he’ll enlist helpers to fire a gun at him, put him under falling machinery, and do a bevy of other things that no sane individual should try. And have no fear, sleight of hand fans: there are a few clips sprinkled throughout of him pulling off some incredible playing card feats too.

“Death by Magic” joins the Justin Willman series “Magic for Humans” and the various offerings of fellow British illusionist Derren Brown as part of the streaming service’s expanding programming in the large-scale sleight of hand space.