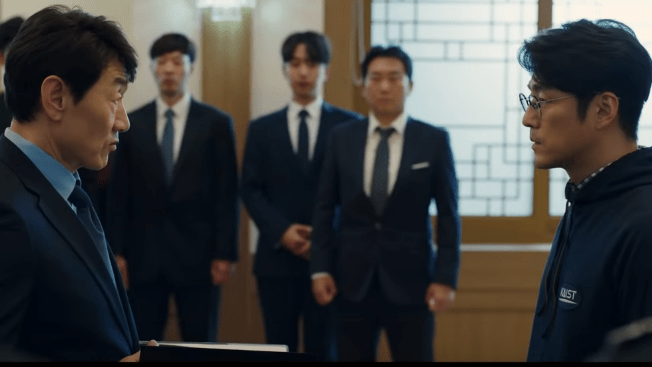 American political thriller’Designated Survivor’ followed Tom Kirkman (Kiefer Sutherland), the secretary of Housing and Urban Development (HUD), being thrust on the presidency of the United States after an explosion destroys the United States Capitol building and claims the lives of the president and everyone in the line of succession on the night of the State of the Union address.

Torn between shock and happiness, Kirkman tries to wrap his head around the duties that he needs to discharge. He faces a bunch of challenges ranging from figuring out the cause and culprits of the mass murder, to assuring the people of the United States that he would guide the country back to normalcy. Each episode throws a new curveball at Kirkman, and despite being a little slow off the blocks, he manages to somehow emerge a winner against all odds.

Come July 1 and Netflix will launch ‘Designated Survivor: 60 Days’, a Korean original adaption of the American series. While the plotline remains the same as the original, there are a couple of changes in the Korean series.

To start with, the series follows Minister of Environment Park Mu-jin (Ji Jin-hee) as he tries to save Korea from the chaos following a targeted attack on the National Assembly, and he is sworn in as interim President.

You can watch the teaser of the Korean version below:

There is also a stark change in terms of the duration of Mu-Jin’s presidency compared to that of Kirkman. While Sutherland’s president serves a term, Jin Hee’s president gets only 60 days to bring order and calm back to the shock-stricken nation

On the production front, the first season of the Korean series consists of 16 episodes, while the American one had 21 episodes.

While the plotline is more or less similar, it is interesting to see if  ’60 Days’ picks up any references from its American counterpart.

For instance, season 2 of ‘Designated Survivor’ titled ‘Summit’ sees President Kirkman solve an issue regarding East and West Han Chiu. Technically, Han Chiu is a fictional and totalitarian country in East Asia located on the fictional Hun Chiu Peninsula off the coast of China. Ruled by a chairman, it is in constant rivalry with its democratic neighbor West Han Chiu. Its capital city is Lu’Tan and bears similarities to the real-life nation of North Korea.

Kirkman also had a lot of law and order issues to deal with as a by-product of the blast and all these are woven seamlessly into the main plot-line. It is still under wraps if we will get to see similar subplots in the Mu-Jin starrer.

You can watch the trailer of the TVN Drama below. The minute and 47 seconds clip was published on the TVN channel’s official YouTube page.

It also remains to be seen if there are any similarities between the two characters of the accidental presidents. At this point, it is safe to assume that Mu-Jin is on the same boat as Kirkman when the latter started out, given that neither had much political experience when they were thrust into the presidency.

But again, in season 3 of the American original, Netflix turned the show on its head and showed Kirkman’s rapid transformation from a quintessential good guy to a ruthless politician, and not to forget the other potential twists that have set up the series for an exciting season 4.

Will Netflix spring another surprise by portraying Mu-Jin as a man who actually wanted to grab the throne? Or will he be another example of what politics does to a good man?  Only time will tell when ‘Designated Survivor: 60 Days’ premieres on July 1.

The show is remade by Studio DragonCorporation for CJ ENM’s TVN and will also be available for streaming on Netflix the same day.

Meanwhile, ‘Designated Survivor’ Seasons 1 to 3 is available for streaming on Netflix.