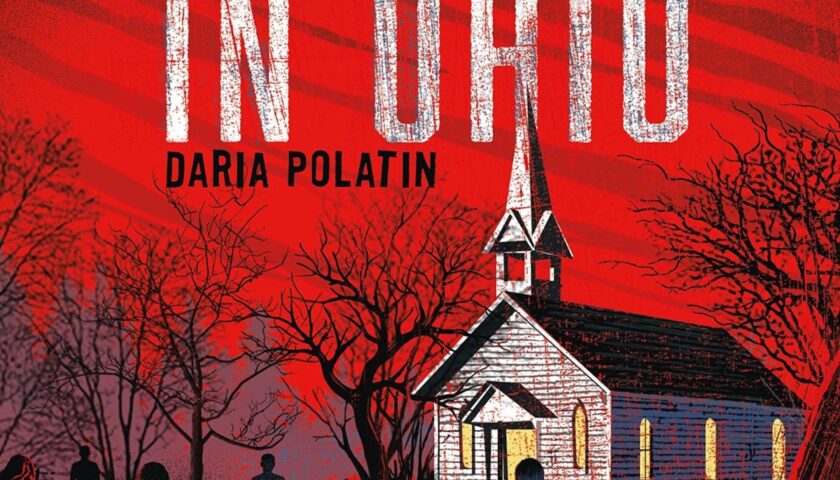 It’s been a few years since we saw Emily Deschanel featured in a central role, her last really big series being Fox’s Bones. And now Deschanel is back in Netflix’s all-new thriller series Devil in Ohio. The limited series is inspired by real-life events, as documented in the book of the same name by Daria Polatin, who serves as the showrunner and the lead writer on the show. Polatin is a writer and producer who is best known for previously being a part of popular projects like Tom Clancy’s Jack Ryan, Castle Rock, Condor, etc. She also serves as an executive producer for the Netflix original series, along with Rachel Miller and Andrew Wilder, with Ian Hay and Jadene Stojak Babcock serving as producers.

Devil in Ohio follows a psychiatrist, Dr. Suzanne Mathis, who gives asylum to Mae, an escapee from a mysterious, satanic cult. But trying to save the poor girl turns Dr. Mathis’ world upside down and puts her and her family’s lives in danger. This psychological, satanic thriller joins other original thriller titles from the streamer, like The Imperfects, Narco-Saints, Santo, etc., all releasing the same month.

Before Devil in Ohio arrives on the streaming network this September, check out our guide below and find out everything we know so far about the limited series, including details about the plot, trailer, release date, cast, characters, and more.

When Is Devil in Ohio’s Release Date?

A Netflix original, Devil in Ohio is scheduled to release on Friday, September 2, 2022, with all episodes streaming on the same day.

How Many Episodes Are There in Devil in Ohio?

There are eight episodes for Devil in Ohio, each running for about 45 minutes. All episodes will be available to stream on the same day of the release, i.e. on September 2. The episodes have been directed by John Fawcett (Orphan Black), Brad Anderson (Titans), Leslie Hope (Lost in Space), and Steve Adelson (12 Monkeys). Here are the episode titles:

The trailer of Devil in Ohio, released in August 2022, does a great job of teasing the mysterious and ominous tone of the series. In it, we see how Suzanne meets Mae and brings her into her home. The clip also teases the nefarious cult that Mae escaped from and strongly suggests that she may have been intended to be some sort of human sacrifice. The trailer also teases the investigation into the cult and shows that there are great dangers waiting for Suzanne. And the biggest threat of all may just be Mae herself, who seems to be developing an obsession with Suzanne and a hatred towards the rest of her family.

Who Is in the Devil in Ohio Cast?

Devil in Ohio is headlined by Emily Deschanel, who is best known for her role as Dr. Temperance “Bones” Brennan in Fox’s hit drama Bones and more recently for her recurring role on Animal Kingdom. The series also stars Madeleine Arthur, best known as a series regular on ABC’s The Family and Snowpiercer. Sam Jaegar, Gerardo Celasco, Xaria Dotson, Alisha Newton, and Naomi Tan also join the cast in significant roles.