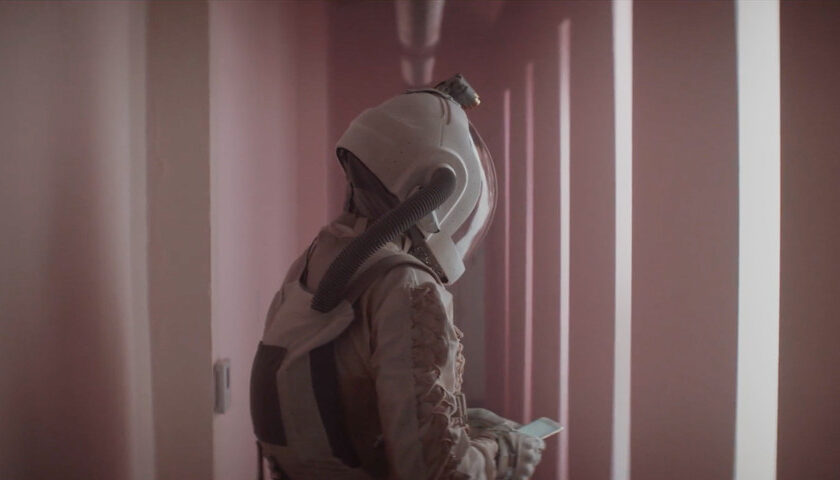 OneOne of the worst myths about creative work is that the only difficult thing about it is finding that initial killer idea, the standout spark that gives a project its energy. Actually, ideas are fairly easy — it’s the execution that’s hard. Just getting a good idea onto the page or onto the screen in a way that makes it feel different from thousands of other, similar ideas is hard enough. Executing it in a way that lets it live up to its full potential is even harder. Do it right, and even without a substantial production or marketing budget, you might end up with the kind of underground success that builds a substantial following via slow-build word of mouth. Do it wrong, and you end up with something like the baffling indie science fiction movie Doors, which starts with an energetic idea, then dissipates it with a series of aggressive wrong moves.

Doors has a promising premise: out of nowhere, more than a million doors appear all over planet Earth. They’re demonstrably alien in nature — their surfaces writhe with what looks like a magnets-over-iron-filings effect, they give off eerie sounds and occasional voices, they blink and judder until they’re hard to look at. People who get too close get pulled in, which immediately raises questions — where do they go, and why?

But the 81-minute film only answers those questions in oblique and confusing ways, via an anthology format where the puzzle pieces don’t entirely fit together. The story breaks down into four segments. In the first, “Lockdown,” directed by Jeff Desom, four high-school students, isolated in a library to take a test, deal with the initial appearance of a door in their school. In the second, most developed segment, “Knockers,” directed by Saman Kesh, three volunteers enter a door and confront what’s on the other side. In the third, “Lamaj,” directed by Dugan O’Neal, an isolated man in the woods runs illegal experiments on a door, using a jury-rigged sound system. The fourth segment doesn’t get its own title or credits, but it features an independent broadcaster interviewing a door-addled guest who explains his perspective on the phenomenon, in an unsettling way.

Apart from that broadcaster, Martin Midnight (David Hemphill), who adds snide talk-radio voiceover to some of the segments, the characters don’t cross over from one story to another, as the film leaps forward in time. “Lockdown” happens on the first day of the doors phenomenon, “Knockers” is 15 days in, and “Lamaj” is months down the line, while the unnamed fourth segment feels unfixed in time. The progression is the only way viewers can track how the doors have changed society, since all of these segments are insular and isolated, and only “Knockers” gives a real sense of the larger world.

That’s a frustrating story choice, because each of these segments ends abruptly and on a pregnant and significant moment, as if to underline all the unknowns in play. And they each end around the time viewers may feel like they actually know the characters well enough to understand the dynamics at play. The first three segments, and “Lockdown” in particular, tell their stories in oddly draggy ways, with a sense of urgency only developing right before the segments wrap. In a story that spends so little time on explaining some of its weirder statements (like that millions of people have disappeared into the doors, while “many more are presumed dead” for some reason), the sheer amount of time spent on teenagers silently debating whether to retrieve their ringing phones from a locked cabinet can get excruciating.

There isn’t a lot of cohesion to the segments in Doors, though the three with credits were all written or co-written by creative director Kesh. Tonal disparity is expected in anthology film projects like V/H/S, ABCs of Death, or Love, Death + Robots — the veering from tone to tone can even be an enjoyable feature, as it relieves some of the tension and mixes up the audience’s expectations and responses. But while Doors gives all four segments a sense of airless morbidity, it variesfrom piece to piece. “Lockdown” plays out like M. Night Shyamalan’s The Happening, with the actors dropping a thudding, oversized import onto the most mundane lines, and spending so much time standing around staring fearfully that they come across as near-comatose. “Lamaj” feels more like the Westworld TV series, with big-bearded door-experimenter Jamal (Kyp Malone) standing in for Jeffrey Wright in the “sad and baffled” space.

Kesh’s “Knockers” is the most successful of the segments, because it’s least dependent on shaky special effects (a major problem in “Lockdown” in particular) and has the most nerve-wracking horror-movie action. But even that segment feels like it’s split into separate parts that don’t cohere: first a sleepy exploration of a deserted world seen from high above, then a Terrence Malick-style musing complete with whispery poetic voiceover, then an outright attempt to re-create Annihilationon a micro-budget. “Knockers” does include some particularly beautiful shots, especially with protagonists Becky and Vince (Lina Esco and David Dobrik Vlog Squadder Josh Peck) standing on a beach together before heading into their chosen door. Once they get deep into what’s on the other side, Kesh even manages Annihilation’s sense of oppression in the face of inescapable terror.

But too much of Doors feels like it’s circling around possible angles for that killer concept instead of diving in deep, and like it’s teasing the audience with possibility instead of telling even one complete story or developing one coherent thought. It comes across more like a showreel than a stand-alone film, like a confusingly edited sizzle teaser for a much more in-depth Doors drama series. In a cinematic landscape where horror movies are now frequently being made as low-budget calling-cards to prove the chops of up-and-coming directors, that may be enough. Who knows, maybe someone will see this film as the floor-model version of a killer story idea. But seen on its own merits, it’s one missed chance after another.