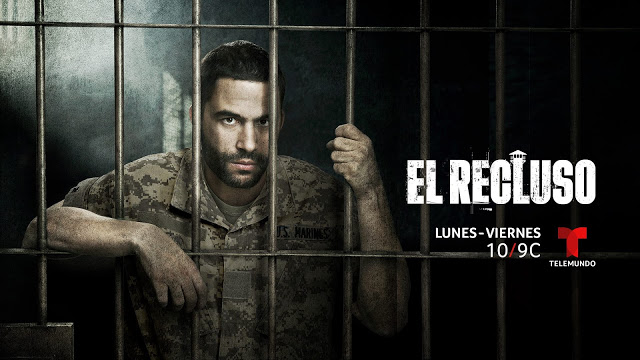 Prison thriller El Recluso is Telemundo’s most ambitious project to date – from cast, production team and budget – to a new strategy in distributing its content.

Produced by Telemundo International Studios, the network has tapped top talent for the series, including Oscar-winning Production Designer Brigitte Broch and Director of Photography Jaime Reynoso, whose television credits include  Bloodline, Shooter, Ballers and Burn Notice.

“We’re creating series that look and feel like products in the English-language general market, Europe and Asia,” says Peter Blacker, Telemundo EVP, Revenue Strategy and Innovation, who is also an executive producer of the series.

Based on the original hit Argentinian series El Marginal (currently available on Netflix), El Recluso stars Argentinian-American Ignacio Serricchio as former U.S. Marine Lázaro Mendoza, who enters a maximum security Mexican prison under a false identity to infiltrate a dangerous band of criminals suspected of kidnapping the teenage daughter of a U.S. Judge.

This is Serricchio’s first Spanish-language performance. The actor, who currently has a main role in Netflix’s remake of Lost in Space, has also had roles in General Hospital, multiple tv series, including Bones and Witches of East End, as well as films such as The Wedding Ringer.