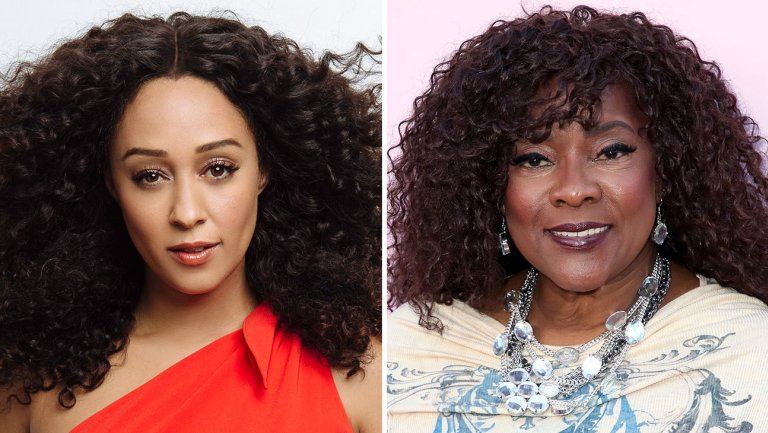 The two will star in Family Reunion, and the series has already been given a 20-episode order.

Twenty-episode orders are not new for Netflix; The Chilling Adventures of Sabrina received one when they greenlit it.

The series, created by Meg DeLoatch, “revolves around Cocoa McKellan (Mowry), a free-spirited mother from Seattle. When she and her former football-playing husband, Moz (Anthony Alabi), and their four children travel from their home in the big city to the small town of Columbus, Georgia, for the McKellan Family Reunion, they get to know an extended family they didn’t realize they were missing. Devine will play the family matriarch, M’Dear.

The African American family sitcom, which is penned entirely by Black writers, stars Mowry as Cocoa McKellan, a free spirited, fun, conscious mother from Seattle. When she and her former football-playing husband Moz and their four children travel from their home in the big city to the small town of Columbus, Georgia for the McKellan Family Reunion, they get to know an extended family they didn’t even realize they were missing. Devine plays the loving but strict matriarch of the family, M’Dear.

“We look forward to bringing families together to enjoy the hilarious and heartwarming stories of this multi-generational American family living together and discovering the importance of connecting with their roots,” said Melissa Cobb, VP of Kids and Family at Netflix. “Meg DeLoatch has created a warm, funny and memorable extended family that we believe will resonate with audiences around the world and she has assembled an incredibly talented all-black writers room to authentically portray these characters and their journey.”

Mowry has the rare distinction of starring on three multi-camera comedy series that have gone to syndication, Sister, Sister, The Game and Instant Mom, and has done more than 400 episodes of television to date.

“I’m so excited to return to television, especially working with Netflix, and I can’t wait for everyone to see Family Reunion,” said Mowry. “I know my fans are going to love it!”

Mowry, who has 12 Million social media followers, is set to star in back-to-back Christmas movies this coming holiday season, My Christmas Inn on Lifetime and A Gingerbread Romance on Hallmark. Mowry will also be in the feature Indivisible and currently stars in the Kin Community online series Tia Mowry’s Quick Fix. She is repped by UTA, LINK Entertainment and Felker, Toczek, Suddleson, Abramson.

“I am so blessed to be part of this new and exciting moment in time that will touch and bring laughter, smiles, and joy to everyone who sees it, Devine said. The veteran actress, who won an Emmy for her recurring role as Adele Webber on ABC’s Grey’s Anatomy, is repped by Innovative Artists and Essential Talent Management.

DeLoatch, who called working on Family Reunion “the most supportive and creatively fulfilling experience of my career,” is repped by Gersh.

Seaton is repped by Paradigm and E. Brian Dobbins at Artists First.

Netflix has been ramping up its family sitcom offerings, recently also giving a 20-episode order to No Good Nick, a multi-camera comedy headlined by Melissa Joan Hart and Sean Astin.