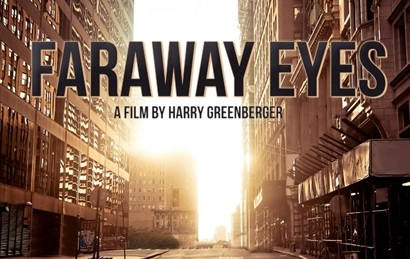 This movie is so awful that I felt it my civic duty to create an acount purely to warn others against seeing it.

So badly scripted that I found myself yelling, “People don’t ****ing speak like that!” repeatedly at the screen.

Andy Carl throws a lot of energy at the complete lack of script playing one of the most unsympathetic protagonists to hit the screen this year, but seems incapable of doing anything but pout, when his character has lines to declaim.

Nora Arnezeder (last seen in Zack Snyder’s Army of the Dead) has a commanding screen presence, but this is wasted here, in a part that is little more than a badly written Manic Pixie Dream Girl without the mania.

Michael Rispoli, as Angelo, is the only vaguely amusing character in this film that dares to call itself a comedy, as the friend and fellow ghost of Carl, who’s solution to the boredom of the afterlife, is to hang around women’s changing rooms – but even this joke soon wears out, becoming rapidly creepy and over played.

At least Christina. Ricci has the decency to look vaguely embarrassed by the whole thing, every time she appears.

Congratulations to the director, Harry Greenberger, on getting so many friends and relatives to create IDMB accounts and give this movie ten star reviews. Don’t be fooled by them, this film is, at best dull and at worst infuriating. You have been warned, the two hours spent watching this dirge are two hours you’ll never get back.

And Greenberger? Please, you gave it a shot, but maybe, you’re just not meant to write and make movies.