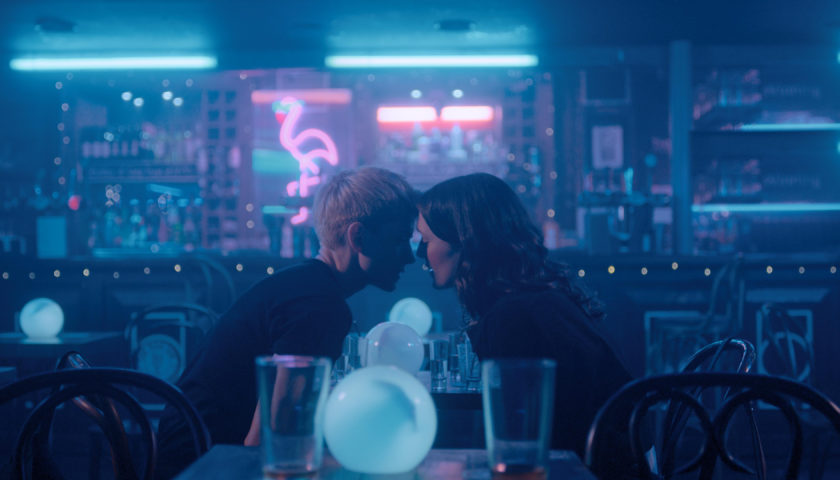 I was happily surprised when I heard that there was going to be a show like this. A story involving a sexually fluid comedian would never have been told ten years ago, but times have changed since then. Mae Martin plays herself essentially since it is based off of her life. In interviews she has stated that this was her life about ten years ago.

The series focuses on her romance with George (Charlotte Ritchie), who has predominantly been straight for her entire life. As a result of being straight her whole life, she keeps it a secret that she is dating Mae from her horrible friend Binky (Ophelia Lovibond). That is not the only problem however. Both rely on one another far too much and have intense separation anxiety when apart.

Mae sees her relationship with George as an addiction. For years, Mae was addicted to all forms of narcotics. The writing is superb for effectively showing how Mae is dependent on George. Not only is the writing excellent at showing Mae’s addiction to George, but how an addict also obsesses over one object or person. This was educational for me because I never thought addictions as trading one addiction for another. Another fascinating plot device was that Mae gets ringing in her ears when confronted with narcotics. Overall, the writing was phenomenal.

The series also shows the impact of addiction. Mae’s parents are played by Lisa Kudrow and Adrian Lukis. There is a love there, but it is strained because of Mae’s past activities. Episode 4 is very heartbreaking because their relationship is explored, but it is an amazing episode and full of several different emotions.

The show is absolutely hilarious too. Mae is super funny and loving with George. Another source of comedy is George’s roommate Phil (Phil Burgers) who is from California and is completely zany.

Lastly, I am most pleased with the representation. There are stories about straight white men and women frequently with little variety. Recently, I am happy that has changed. Shows like Ramy and Fleabag have changed that. I hope to see stories like these become a commodity in the future. I definitely suggest this show to watch, it is absolutely amazing!!!