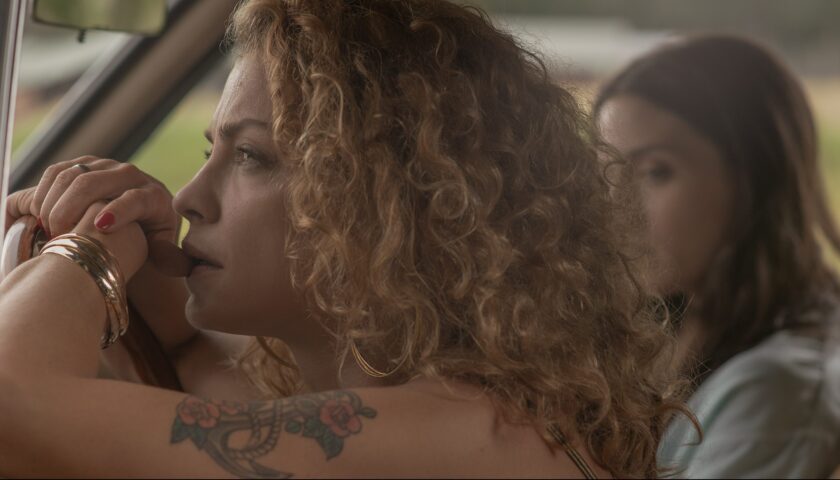 After making high-arthouse awards-magnet The Milk of Sorrow in her native Peru in 2009, director Claudia Llosa stumbled in 2014 with her first English-language feature, Aloft which, despite its title, failed to take flight. And while seven years isn’t that long a time between films these days in the world of indie cinema, Fever Dream, feels like a return from a distant wilderness. Distribution via Netflix after a premiere at the San Sebastián film festival and short cinema run may be a decent strategy for this future cult classic – it’s a film that plays remarkably well on TV screens, especially if viewed alone late at night, as it’s all about a cosy domesticity that’s suddenly cruelly pierced by uncanny intruders.

Set in rural Argentina although apparently shot in Chile, the story revolves around the encounter between two very different mothers. The more affluent Amanda (María Valverde) has come to the area for a summer holiday with her even-tempered little girl Nina (Guillermina Sorribes Liotta), while her husband Marco (Guillermo Pfening) stays at home, perpetually preoccupied with work. Amanda first meets her neighbour, local beauty Carola (Dolores Fonzi), when she arrives bearing buckets of water, warning that the stuff out of the tap isn’t always fit to drink. It transpires that Carola also has a child, David (wide-eyed Emilio Vodanovich), who is so altered in the wake of a childhood illness that his mother claims he’s not even her son, his soul having migrated somewhere else and left the body behind.

And so begins a woozy work not quite like anything else – except perhaps for Llosa’s previous films, which also revolved around anguished mothers, enigmatic faith healers and a natural world teeming with splendours and malignancy. The pacing is stately and staccato all at once, and viewers allergic to lashings of voiceover are advised to stay away. The whole thing unfolds via a dialogue between Amanda and David in a conversation we only hear but can’t see or even fully understand. Meanwhile, gifted British composer Natalie Holt, whose eclectic CV includes scores for Paddington as well as the recent TV series Loki, weaves in a string-led score that evokes Max Richter at his most romantic as well as the chittering of exotic birds. There are some extraordinary images along the way – for instance, of a man tending a horse seen in silhouette that looks at first like a centaur – which sits flush with the whole theme of transmigrated souls and bestial people. The whole thing is a bit bonkers but very beautiful too.

Fever Dream is released on 6 October in cinemas and on 13 October on Netflix.