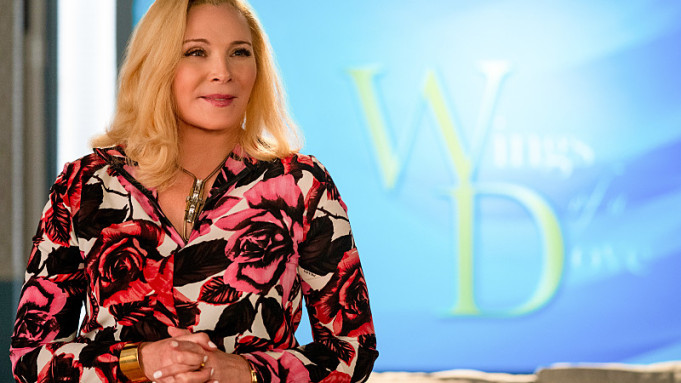 It’s perhaps surprising Kim Cattrall hadn’t yet headlined a soap opera. As Samantha Jones on “Sex and the City,” her slyness and way with a pun came to be revealed as elegant concealments of the character’s deep need. In later seasons, as the protective shell was stripped away, Cattrall showed a fluency and depth in playing a character whose breakability provided some of the show’s deepest and most satisfying melodrama.

It’s too bad, then, that on “Filthy Rich,” her new Fox drama, Cattrall is never really given the opportunity to dig in. As Margaret Monreaux, the matriarch of a wealthy televangelist family in the American South, Cattrall plays both an iffy Louisiana accent and a sustained note of smooth, assured competence. Despite all manner of family difficulties, Margaret remains both on top of the situation and unruffled to a degree that cuts off all we know Cattrall can do. Like Scarlett O’Hara, Margaret seems possessed of the belief that she’ll never go hungry again, but what a viewer really craves from a show called “Filthy Rich” is to see its leading lady chow down on the scenery.

To wit: In the pilot, Margaret is told that her husband Eugene’s plane went down and that he (Gerald McRaney) is missing. This revelation isn’t given time to exist on its own, or to have even the artificial weight of a soap-opera twist, before the revelation of three children of his outside marriage, all of whom have the possibility to shake up the Monreauxs’ public image and the TV network they own. In the face of upheavals that’d strain even the most even-keeled of people, Margaret simply clenches her jaw and moves forward.

All of this takes place in a milieu that feels strangely out-of-time. Televangelists from the Jim Bakker school have, today, given way to suaver and more digitally native outfits like the Hillsong church. (That’s why, for instance, on HBO’s “The Righteous Gemstones,” the family is self-consciously presented as a throwback.) And it’s not that it wouldn’t, perhaps, be extra scandalous to the wider public if the child of a preacher (Melia Kreiling as Eugene’s offspring Ginger) were revealed to be a sex worker online, but the particulars of her work feel dated, drawn from a local-evening-news understanding of life online. That none of this feels real forecloses opportunities to take big swings — so much work remains to be done in getting us even to believe the basic situation.

Series creator Tate Taylor, who wrote and directed the pilot, knows how to do goofy fun. His films “Ma,” in which Octavia Spencer leers at high schoolers, and “The Girl on the Train,” in which Emily Blunt guzzles Nalgene bottles of gin, brought a sweet whiff of trash to a multiplex otherwise dominated by the focus-grouped taste of blockbusters. So given a lead actor capable enough to handle wild material and a premise that, for its flaws, holds within it the possibility of something very clever, it’s too bad he couldn’t do more with “Filthy Rich,” a show whose first three episodes don’t prove themselves to be filthy enough for the audience or as rich as Cattrall deserves.