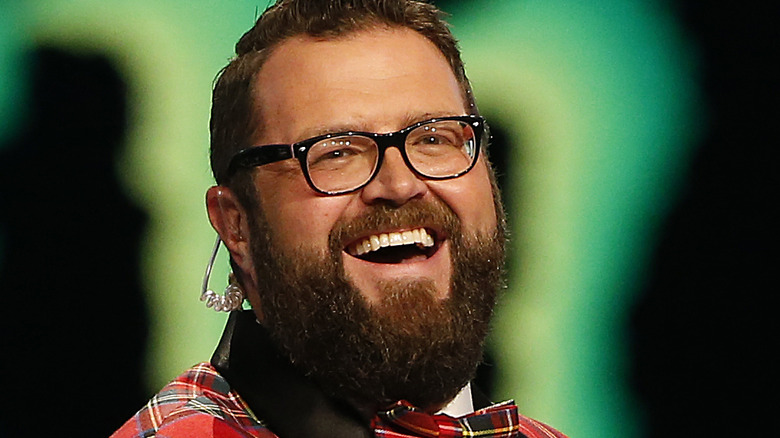 I was an early adopter of Netflix’s hit reality competition show Floor Is Lava. I wasn’t looking for it when it first debuted, but I was fortunate enough that the Netflix algorithms decided to bestow it upon me on its initial release day. Now, with Floor is Lava Season 2 on the way, I’m glad to say that this wacky, delightful escapism is back and better than ever. With fewer episodes this season, the stakes are higher and the format is tweaked just enough to raise the suspense and fix one of the first season’s greatest woes.

For the uninitiated, Floor is Lava is a competition show where teams of three must navigate an escape room-like room with one extra feature: the floor is filled with thousands of gallons of red, viscous liquid that spells your immediate elimination if you fall in. Most episodes’ room is themed differently, as a garage, a game room, or a haunted attic, per se. And in Floor is Lava Season 2 every room has three exit cards that players must collect from different corners of the room and through different collaborative puzzles in order to leave the room.

The biggest change this season is that rather than simply declare a winning team each episode based on the fastest times and most teammates left standing at the end, this time, the top two teams compete in a final race up a giant, slippery volcano to claim their $10,000 and trophy prize. This change in particular helps really elevate the suspense in each episode and keeps them from feeling anti-climactic in the end. The exit tickets also help make sure that each team must navigate the whole of the room and not just pick their favorite paths, making each team’s run a bit more exciting.

Of course, the show is as full of slips and falls as ever and every single team that competes is fun to watch. There are nearly no annoying teams you actively want to root against and each brings its own fun dynamic. Of course, host Rutledge Wood is as full of glorious puns as ever as he narrates each episode. This time around, he and each team that has already gone in that episode actually watch the competitors from a balcony above and comment and react live. At least so it seems.

There are a few times it felt like the audio quality changed between jokes, indicating that perhaps some were made live and others were added in afterward when the replays and graphics show on-screen. It’s noticeable, but I did enjoy having everyone else reacting. Especially the previous competitors, who are rooting for the ongoing teams’ demises so they will have their spot in the final round—only the top two of three teams each episode make it.

While I wish there were even more episodes to enjoy, it’s good to have Floor is Lava back for season 2. It made just enough slight improvements to the format to make the show even better and features all the great goofs and gaffs as a show this ridiculous deserves while still taking itself seriously enough not to feel cheap. I only wish that somebody would make a floor is lava room in real life to go try!