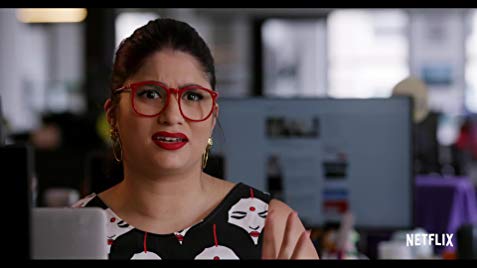 Not every episode of Follow This is designed to show bizarre areas of the internet that will amuse. There are, of course, some episodes that delve into the darker web. One episode discusses the growing revolution of “Men’s Rights Activists” (MRA), with the journalist exploring why this phenomenon has occurred, speaking to both males and females who support men that believe they are becoming secondary in society. Surprisingly, this short episode provided balance in an educational manner, rather than it having some kind of political agenda.

As you go through each episode of Follow This, you will learn something unique from the eyes of a BuzzFeed journalist, and whilst there is never a conclusive answer to each subject, you will be educated. You will find out about the growing fear of technology, replacing the voices and faces of real people, and the apocalyptic defence group designed just for black communities due to feeling let down by Hurricane Katrina government aid.

Netflix’s Follow This should be explored further with other outlets; the likes of Vice and maybe even CNN. With the term “fake news” growing in strength day by day at a frustrating level, witnessing journalists with boots to the ground manages to give them so well earnt respect and shows difficulties faced in publishing the next story in modern media. Whilst Follow This does not delve into much of the political news, the Netflix documentary series provides journeys of real BuzzFeed journalists exploring outlandish stories we never imagined existed.