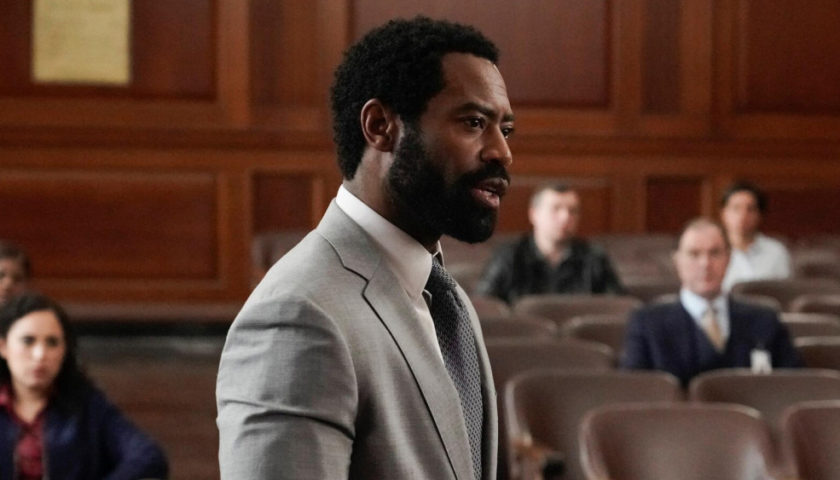 There’s a genuinely intriguing story at the heart of “For Life,” ABC’s new legal procedural. But it’s buried under a fair amount of frenetic drama that tends to obscure its most interesting ideas.

The show, executive produced by Curtis “50 Cent” Jackson, is based on the true story of Isaac Wright Jr., a wrongfully convicted man who later oversaw his own appeal from prison as well as defending other inmates. Nicholas Pinnock plays Aaron, a Wright figure who we meet after he’s already been put away and committed himself to the project of defending himself and others. This somewhat breathless plunge into the story bypasses a great deal of setup that the show later attempts to catch us up on through exposition that feels misplaced; simply explaining to us how our protagonist found himself where he is in something less brisk than a montage might have been in order.

Similarly: That Aaron faces down systemic opposition both rings true and carries with it the promise of heady drama. But that his opponents are in fact outright evil, no matter how true to life it may feel for viewers rightly skeptical of the prison industry, forecloses opportunities for storytelling more complicated than a binary. (Boris McGiver’s villain somehow lacks a mustache worth twirling, but is otherwise as flat as characters come.) That Aaron, whom Pinnock plays with dogged commitment and grit, really is in the right (at least to this viewer’s eye) doesn’t make the plainness of the story more bearable.

Complication enters the story through its female characters; Indira Varma (always welcome in any project) plays Safiya, a prison warden who is both progressive in her hopes for change and, perhaps, governed by self-interest too. And Joy Bryant plays Marie, Aaron’s ex-wife whose sympathy for his plight can’t extend far enough to putting her life on hold for him.

These characters keep the show percolating even as its core cases tend to feel, in the show’s first two installments, somewhat flat and unmotivated. It’s perhaps a problem of entertainment driven by its social virtue: If a show’s cause is so righteous as to be for some segment of the audience self-explanatory, then for those people, the explanation feels beyond the point, even didactic. It’s when “For Life” allows itself to be a story that it excels. While it can’t get the early part of the story it rushed past back, it’s worth hoping it relaxes into itself and trusts its audience to understand the stakes as it rolls on.