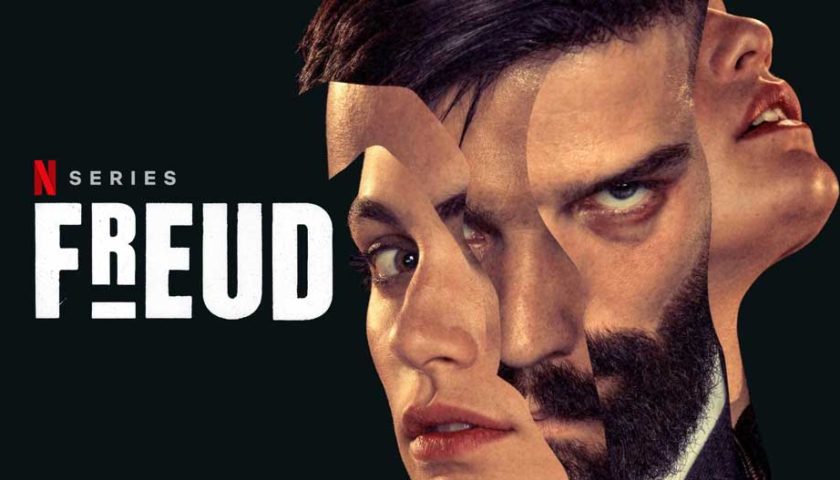 In the recently released Netflix series Freud, the eponymous psychoanalyst pursues a brutal serial killer in the dystopic backdrop of 19th century Vienna. The series has generated a lot of attention – being directed by an Austrian horror specialist Marvin Kren and filmed in the city of Vienna – a place where Sigmund Freud spent most of his life.

Aficionados of horror fiction will find a mini-museum of the genre cleverly encapsulated in this new 8-part series. There are echoes from the entire corpus of western horror tradition – Faust, Frankenstein, Dorian Gray, Dracula, Caligari, Nosferatu, Body Snatcher’s, and down to the recent films by Ari Aster of Midsommar (2019) fame. The legendary psychoanalyst has held a century-old sway over crime and horror narratives.

Ironically, Freud himself was persistent in his reluctance to collaborate with filmmakers during his lifetime. And while he had a lifelong interest in criminally deviant behaviour, there is no evidence to suggest that he hunted criminals himself. He practised neuropsychiatry, was a prolific writer of books, research papers, case histories and authored a massive amount of correspondences on his psychoanalytical practice. His theories on memory, dreams and desires, although considered therapeutically outdated, are still an important reference point for contemporary psychological studies.

Compared to the discipline he had said to have ‘fathered,’ Freud possibly had more influence on literature, fine arts, theatre and cinema, especially during the first half of the 20th century. His theories inspired art movements like Dadaism and Surrealism, and his influence on artists as diverse as Virginia Woolf and Alfred Hitchcock has been widely documented.

In the recent past, serialised crime fiction as diverse as The Killing (2011), The Alienist (2018)and Mindhunter (2017), have drawn their lifeblood from Freudian thought. There are also curious instances in history of cinema when Freud himself became a character in fiction films, notably in Freud – A Secret Passion (directed by John Huston, 1962) – co-scripted by Jean-Paul Sartre, and The Dangerous Method (directed by David Cronenburg, 2011). But Marvin Kren’s Freud reminds one of Sherlock Holmes, rather than the psychoanalyst himself. Both doggedly pursue criminals. But unlike Holme’s common-sensical genius, Freud here is equipped with a searing insight into the human mind, human sexuality and individual propensity for violence.

Why would a director want to use Freud as a character in a fictional account, that too in a dark, violent tale about a serial killer? As writers and filmmakers would acknowledge – it is always tricky to base a fictional character on a famous and well-documented historical figure. How much of the real-life should one exploit without diluting the dramatic thrust of the screenplay? Is there a possibility that viewers will fail to relate to a character who is part real and part fiction? To deal with this problem the writers of the series interweave fact and fiction in a slightly unconventional way. The most unreal, dramatic of events are given a historical and biographical context which lends them a certain air of credibility. It is as if the film’s narrative feels up the gaps in the known timeline of Freud’s colourful life.

In this dark tale, Freud not only uses hypnosis to cure the symptoms of hysteria in repressed women but also uses his understanding of the human mind to uncover deception and crime in Vienna. In the hands of director Kren and his co-writers Stefan Brunner and Benjamin Hessler, diagnostic and therapeutic techniques popularised by Freud become tools for crime detection.

But fictional license is stretched to the limits when the fictional Freud, portrayed by actor Robert Finster, unleashes hypnosis almost in the same manner an action hero whips out his pistol or a Jedi Knight wields his light sabre. Psychoanalysis is a weapon, rather than an analytical technique. Interestingly, the episodes of the 8-part series are named after Freudian concepts and are titled Hysteria, Trauma, Somnambulant, Totem and Taboo, Desire, Regression, Catharsis and Suppression. These concepts surface in the narrative as it moves towards closure, often in an oblique and tenuous manner. The narrative stops short of turning the psychologist into a swashbuckling hero, wielding brain and brawn to equal measure, as in the recent versions of Sherlock Holmes.

Freud here resembles a classic ‘film noir’ protagonist, battling his inner demons while trying to unearth a real demon who haunts Vienna. The series has all the ingredients of European TV noir – a grim and dark ambience, a crime and sin infested city, mutilated corpses, a conflicted hero, and a deranged, vicious killer lurking among the shadows.

Apart from the devious murderer, Freud is seen battling another dangerous evil with a stoic determination. The social evil of anti-Semitism rampant in Europe during the period makes the protagonists fight doubly challenging. Several sub-plots compete with the main narrative and draw our attention to the historical context of late 19th century Austria. There is a sinister Hungarian group plotting against the mighty Austro-Hungarian Empire. The satanic rituals practised by this group seem to conflict with the scientific method Freud was trying to introduce. Those familiar with Freud’s life have noted that the naming of the character of the psychic woman in the series as Fleur Salomé. Freud, in real life, was known to be close to the German psychoanalyst Lou-Andreas Salomé. It is possible there are more such clues embedded in the series which Freud experts will eventually uncover.

Despite a problematic and tricky relationship between fact and fiction, between science and fantasy underlying its plot, this newest series from Netflix has managed to trigger a considerable amount of interest globally. It remains to be seen how Marvin Kren’s Freud competes with other highly binge-worthy serialised fiction currently streaming over different platforms and seizes the attention of the viewers who are already spoilt for choice.