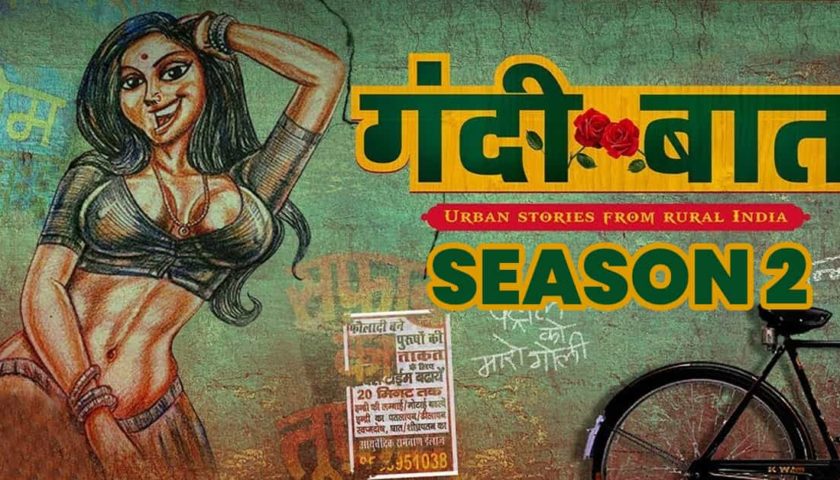 In the first episode a rural lothario lusts for a married “bhabhiji” in his neighbourhood. He makes several advances towards her, which evoke strong rebuffs from her & her husband. But turns out that her husband is not the man he seems to be. Emboldened by this information, he aggressively goes after the woman he lusts after & she ends up bedding him. News of their affair spreads & the husband too gets to know about it. He catches them in the act, but doesn’t kill them & neither does he beat the BF up. In fact he does something no one would imagine!

In the second episode a kinky couple add spice to their married life by indulging in role play.

The husband regularly orders kinky sex toys over the internet. This piques the curiosity of his father, which leads to disastrous consequences. There are a total of four episodes.

All the episodes have a rural setting. But one can imagine the story playing out in urban homes as well. The trailer gives one the feeling that the show has a skin show in every other scene. But the truth is far from it. Every episode does have a few scenes. But the show doesn’t revolve solely around sex. It does have a tight script. The show in fact speaks about the perils of lust. The show can be enjoyed the Netflix, Amazon Prime audiences as well. The acting is decent. The production quality too doesn’t seem to be lacking.

The length of the episode at 38-45 mins does feel long a times, but the makers manage to hold your interest. The actors with their shaved chests & waxed legs don’t look like they are from a tier 2-3 town, but one can look over that minor flaw. You will have to shell out a minimum of INR 100 to watch the show.

It is probably the show which offers the most amount of skin show, but keeps you hooked thanks to the writing. You will watch it hoping to get titillated, but end up liking the show overall. Ekta Kapoor has had good amount of success in adult movies & TV shows earlier. Looks like this tryst with an adult show for her OTT platform too is likely to succeed