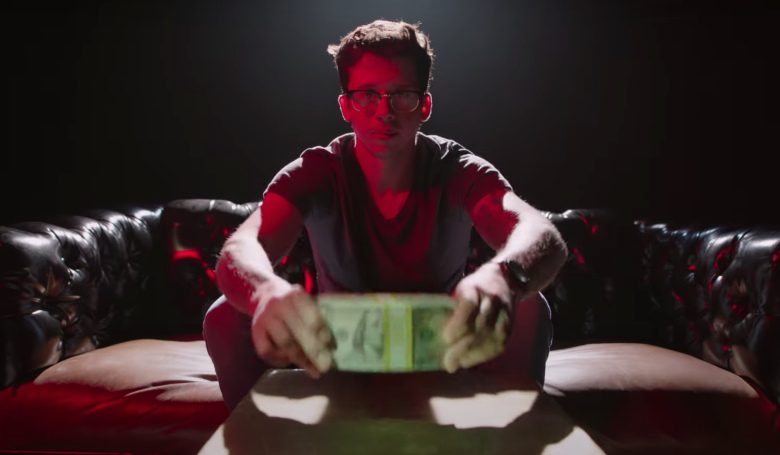 Since the con-artistry extravaganza “Generation Hustle” makes its debut on Thursday, and the Academy Awards are on Sunday, one’s thoughts might turn to “The Sting” of 1973. In that Best Picture winner, the point is made that the greatest flimflams of all are the ones in which the victims never even realize they’ve been snookered. Such was not the case with the instances of deception and fraud recounted in “Generation Hustle,” of course, or there would be no show. But what kind of ingenious minds could pull off such near-masterpieces of deception and be satisfied that no one would ever know?

As is made plain in the series—10 stand-alone documentaries about cons and their artists—money isn’t always the objective. Ego is part of the equation. Pathologies, too, which is what makes the cases so interesting. A number of directors are involved (and producers, including CNN Original Studios and Jigsaw Productions), and the various installments are all ambitiously expressionistic interpretations of the crimes recounted. Sometimes the criminals are involved, too, willingly or not—a taped police interview with the subject of “The 23 Lives of Jeremy Wilson ” (episode 3) really is “a master class in fraud and forgery crimes,” say Diego Diaz, a former assistant Manhattan district attorney. In making “ Anna Delvey Takes Manhattan” (episode 4) about the counterfeit socialite Anna Sorokin, the producers had to rely on pencil sketches from their subject, who had already sold her story to Netflix and couldn’t contribute otherwise. The episode has plenty of other intriguing people, though, including Sorokin’s lawyer, Todd Spodek, who could host his own talk show.

To explain too much about the hustles would be like pulling on the wrong thread. The fabric of each narrative is very apt to unravel. That said, “Generation Hustle” seems something of a misnomer. It implies that there’s something new or generation-specific about convincing someone to pick his or her own pocket, or that the internet has somehow altered human nature. As the series makes plain, the accomplished fraudster is always inclined to target a victim predisposed to buy some dubious bill of goods; people who really want to believe in the mirage are disinclined to perform “due diligence,” a phrase that echoes throughout the series: The internet could have been, and often eventually is, used to crack the cases.

This is spectacularly true in episode 1, “Hollywood Con Queen,” in which a number of aspiring artists were lured into paying their own way to Indonesia with the promise of work and, possibly, wealth and fame. That it was all an elaborate ruse becomes clear quickly, a lot more quickly than it did to the victims—it’s a series about fraud, after all, so we viewers are at an advantage. But what arrives eventually in “Con Queen,” and the other installments, is the wow moment, where what had appeared to be an audaciously winding trail of deception goes somewhere you never expected, off the figurative rails and into the metaphoric trees. Audiences might feel, in a small way, that they’ve been conned, too. But “Generation Hustle” consistently delivers more, not less, than what we’ve been set up to expect.