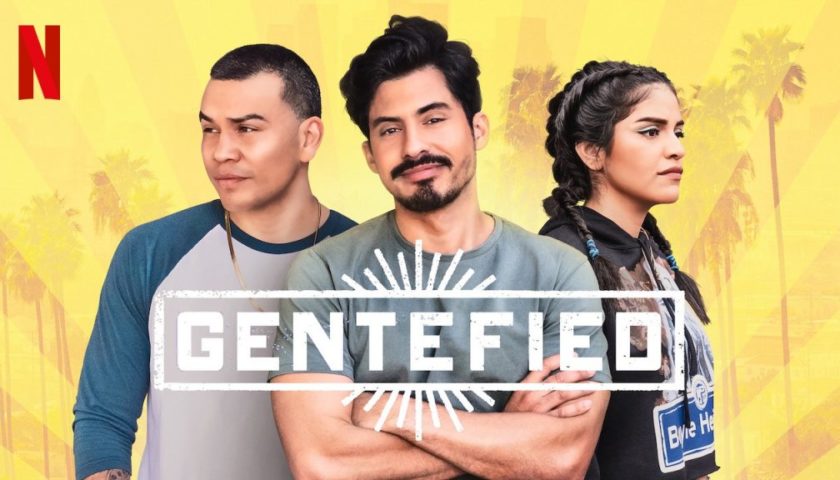 The Los Angeles that TV and movies portray is rarely, as anyone who’s actually from Los Angeles can tell you, particularly accurate to life there outside the entertainment industry. The sprawling city is dense with its own culture, much of which, thanks to sharp influxes money and new (whiter) residents, is perpetually in danger of getting pushed out. Netflix’s new comedy “Gentefied,” from creators Marvin Lemus and Linda Yvette Chávez based on their 2017 webseries of the same name, aims to spotlight the very people who keep getting relegated to the margins of their own city. Its central Mexican-American family has lived in Boyle Heights for decades. Now, they have to adjust to the reality of creeping gentrification and stay afloat without sacrificing their own cultural identity in the process.

Each of the show’s central four characters, through their individual goals and struggles, conveys how impossible of a dilemma this push and pull truly is. Casimiro (Joaquín Cosio) is struggling to keep his family taco shop profitable in the face of his ballooning rent, a cause his grandson Erik (JJ Soria) takes up with renewed vigor after learning that his ambitious on and off girlfriend Lidia (Annie Gonzalez) is pregnant. Eric’s cousins Chris (Carlos Santos) and Ana (Karrie Martin) are both trying to follow their passions — of gourmet cooking and art, respectively — while not selling out their community. It’s a noble goal, but one that proves especially challenging to achieve in the face of precious few paying opportunities, a conflict that threatens to drive a wedge between Ana and her longtime girlfriend Yessica, played by Julissa Calderon.

Each of them has had a different experience growing up and coming into their own; each of them has a distinct view on the ways in which their lives in Boyle Heights are changing around them every day. Some of the series’ best and most distinct moments come just from them all talking about that fact, whether or not they ever fully come to understand one another’s perspective. Some of the most frustrating moments come when they hint at exploring other issues without ever fully committing (most notably when Yessica brings up the issue of anti-black bias within Ana’s community, only for it never to substantially come up again).

It takes a few episodes for the cast and scripts alike to get comfortable with the characters beyond their loglines. It also takes some time for the tone of “Gentefied,” which initially swings from bouncy comedy to heartfelt drama to sporadic surreal interludes, to settle into something more distinctly its own. (The directing in particular — with turns from Lemus, Andrew Ahn, and executive producer America Ferrera among others — finds ways to turn even the most predictable moments into more specific and extraordinary ones.) Once the series gets past some of its blunter instincts, it reveals some real nuance.

While the stories of Ana, Eric, and Chris develop in interesting ways over the season’s 10 episodes, the most compelling storyline belongs to their grandfather and the intergenerational conflicts over Boyle Heights’ rapid gentrification. Casimiro stumbling through the fog of his own grief for both his beloved wife and the neighborhood he used to know is devastating, especially in the hands of a veteran actor like Cosio. His performance is both emotional and intensely physical; Casimiro is a substantial man who’s often forced to make himself smaller, a daily heartbreak that Cosio manifests in the slump of his substantial shoulders. I’d happily watch an entire show about him — but as befits the story “Gentefied” wants to tell, he more often has to step back and watch the rapidly changing world go by him.