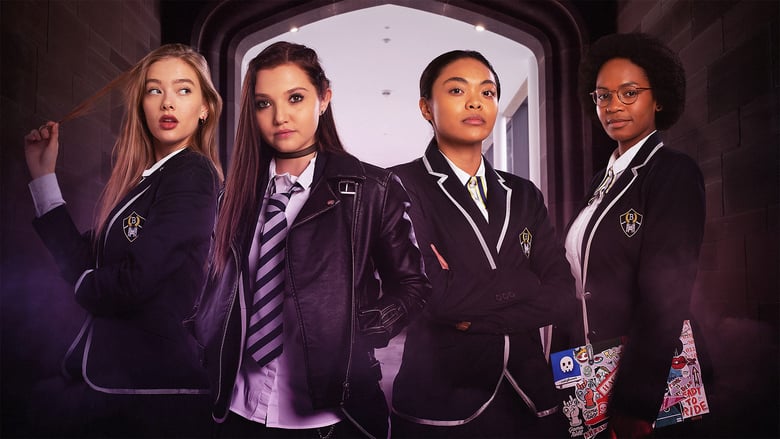 “Your eye appointment has been rescheduled. Meet today at 4:30”, Kitty texts the other three members of D.G.M, at the end of the first episode as they need to talk about their group’s next target. These girls don’t get mad. They get even.

Adapted from Gretchen McNeil’s book, the series follows four teenage girls, Kitty (Kim Adis) the one that needs to excel at everything she does, Margot (Bethany Antonia) the anti-social tech genius, Bree (Mia McKenna-Bruce) the rebellious toughie , and Olivia (Jessica Alexander) “the posh rich shallow type”, who is anything but that.

These four unlikely allies, who Bree claims are not friends but merely “coworkers”, attempt to take down their private school’s bullies, and some mean coaches along the way. Unfortunately for them, their latest target is murdered and the initials D.G.M are left as a calling card.

BBC’s newest production is mystery inspired, having the viewers questioning who framed D.G.M and why, but at the centre of it is a teenage drama. When they’re not pranking bad guys, our heroines face more “normal” problems, such as first love, heartbreak, school anxiety and maintaining a social image, arguably the hardest part when it comes to being a teenager.

Speaking of the female protagonists, they are the biggest strength of the series. Olivia Hayes’ character is especially intriguing once the façade of the popular rich girl gets thrown out early in the season and it is shown she comes from a poor background.

While there have been similar characters and situations in other teen dramas (Margot for example is your stereotypical gaming/computer geek who joins the drama club in an attempt to become more social) it’s a great move that the group are not friends from the start, and their friendships get to grow in front of the audience.

Aside from that however, it feels like the series does not have anything new to offer to the genre. In recent years, shows such as Pretty Little Liars (2010-2017) and Elite (2018-) have popularised and pretty much covered everything in the teen drama/mystery department, with insane plots, twists, and teen backstabbing. Add to that the fact that Netflix is bringing out coming of age shows with unique elements, such as Atypical (2017) with a protagonist who is on the Autism spectrum and Sex Education (2019) with the whole sex-clinic on school ground aspect, and Get Even, although promising at times, seems like a middle of the pack show.