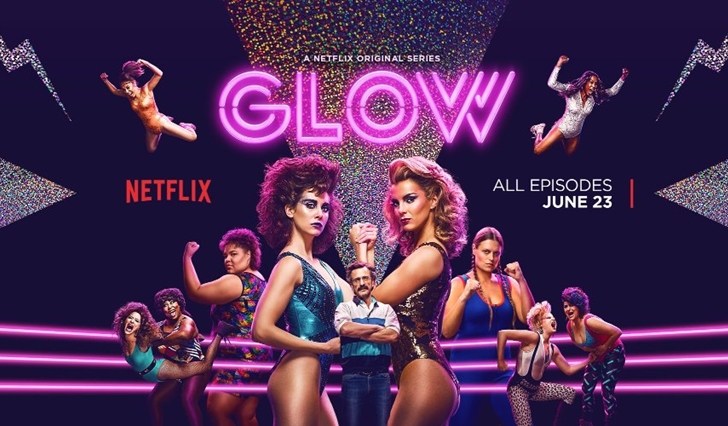 Review: The 1980s wasn’t just neon fabrics, side ponytails, and cream colored suits with t-shirts. It was also too much moose, too much make-up, and sock-less penny loafers. It was ugly. Brilliantly, gloriously ugly and tacky. And that’s what you see in this show. Superficially speaking, this series (and its characters) looks more authentically of the era than anything else I have seen portrayed on film in the last two decades.

Much of the credit goes to costume designer Beth Morgan, who sifted through photo albums to research the look of the decade, rather than fashion catalogs and television shows and seeing an obstructed, romanticized vision of the era. The characters either wear too much or not enough of everything. This was the eighties, warts and all, and just for that alone, this show is worth a look.

But on top of that, you have a rich, diverse cast of characters, almost all of which are multi-dimensional and bring more to the table than just what they appear to be (while ironically trying to play up their stereotypes to promote the show they are working on). And though some characters sadly don’t get the time to fully develop in just ten half-hour episodes, you have reason to believe that they will in future seasons, as the executive producers have proved before in the ongoing seasons of ‘Orange is the New Black’.

And then there’s the men of GLOW. The women are getting plenty of praise – and deservedly so – but the few male characters depicted also get a chance to shine. Chris Lowell plays the fascinating benefactor to the entire GLOW enterprise. He’s the only one – initially – with the vision of what the show should be, and although he isn’t introduced until episode three (‘The Wrath of Kuntar’), his presence is felt as the unseen force propelling a reluctant director and inexperienced cast to pursue this venture. Bashir Salahuddin is the epitome of the phrase “no small parts” in this series. He exudes a warmth that instantly brings calmness and security to anyone and everyone around him. And although he is given minimal lines and – what some may argue – a generic character in the handful of appearances he makes, you genuinely feel invested and supportive of the developments he undertakes in the latter half of the season.

And finally, there’s Marc Maron. Whether or not you’ve heard about him yet, you will soon and it will be because of this role. He plays the director enlisted with putting an all-female wrestling show together. He comes from a B-list, schlock horror background and only takes the job to finance his dream project, but despite being a sleaze ball with a predilection for the vices of the time, he also genuinely cares for people. He’s a guy who will step up and stick his neck out for the people he believes in, and unlike just about all the other characters written with a drug problem, Maron’s character isn’t dictated by societal expectations to flounder and jeopardize the other characters around him. He’s an asset, and not only that, but an absolute necessity. He’s also an addict, but a functioning addict, which sadly many people in the industry were back then.

Maron exemplifies everything great about this show. It’s not glorifying the era, it’s a raw, unapologetic, and – at times – brutally honest depiction of the 1980s in southern California: Flawed, hilarious, and tacky.