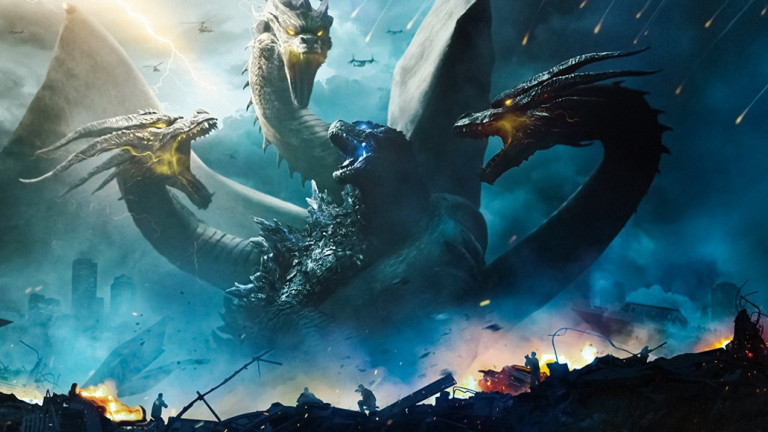 Crazy review title right? Well you might agree after watching this movie.

You’ll probably hear a lot of opinions from people who aren’t homegrown Godzilla fans – and they will have their own thoughts on this. I, on the other hand, am a big fan of the monster going years back. Finding a Godzilla movie in the TV guide, or a DVD for one of the Toho movies to rent was like winning the lottery when my brother and I were young.

Here are my thoughts plainly stated: Yes, this is a better Godzilla film than the 2014 movie. There are *aspects* of the latter that some might say make it superior, but that would only make it a better movie in general – as a *Godzilla movie* this new one is quite a bit better.

Don’t listen to the people on RottenTomatoes talking about how “the special effects are overly relied on and can’t make up for the bad characters and plot.” No. Those CG monsters are the best part, and they almost singlehandedly save this movie. The solution is not to focus less on special effects and develop the characters better. The solution is to have every human character stepped on in the second act and have the last 45 min center the story solely on the monsters – which I guess would mostly be fighting.

The problem is this does not happen. Every moment you see the monsters battle, you enter a brief moment of bliss before you are ripped away to deal with people you don’t care about doing things you hope they fail at. The first “clash” occurs in Antarctica, and that scene was actually quite good despite the focus on the humans. You’re just now being exposed to these titans duking it out, so having people there witnessing the madness and trying to escape help play into how incredible this event truly is.

By the 3rd act, however, this tolerance has dried up. Correct me if I’m wrong, but doesn’t a movie titled “Godzilla” imply that he is the main character? Because he doesn’t feel like one. Without a doubt, THE biggest problem that Godzilla (2014) and this film have is they place waaayyyy too much value on human beings. Everyone in the audience is waiting for them to shut up and go away, but the movie has its head up its ass and thinks what they’re doing is somehow important and worth focusing on. It would be like two warriors facing off, and having most of the climax focusing on ants running around on the ground trying to save each other.

The only “characters” here that need development are the Kaijus. Have them be your stars. Have them be the focus. It doesn’t just have to be mindless action like how snobby people will pretend that’s all we want to see. Go ahead and tell a story, but NOT with people. They are not the reason we’re watching this, and we don’t care about them.

One exception to what I said in the previous paragraph: Ken Watanabe His big character moment was incredible. If you must have human beings involved, do them like this. He was amazing.