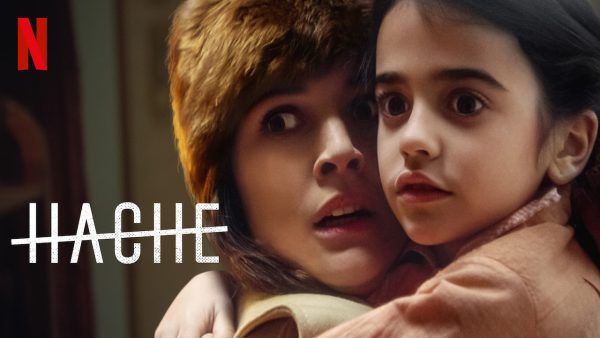 Split across 8 episodes and dripping in aesthetic splendor, Hache is the latest Spanish crime series on Netflix, combining a well-written character-driven story with some nicely placed melodrama across its run-time. Boasting an eccentric soundtrack and some really impressive set design, Hache lives and breathes 1960’s Barcelona, delivering a decent crime offering, even if it fails to really ignite the genre as much as it perhaps should.

At the heart of this one lies empathetic mother Helena, who finds herself in desperate need of cash and influence to free her husband from jail. Between looking after her daughter and scraping a living to survive, Helena is forced into a difficult decision, as she seduces dangerous drug lord Malpica in order to raise funds to free her husband from prison. After the opening episode, used to set the scene and introduce the characters, the rest of the series see the story split into two distinctive narratives.

The first sees Helena (operating under the alias of Hache) attempt to gain Malpica’s trust as she works in his organisation while Inspector Vinuesa investigates several murders in the second. These do tie in together though and don’t always work disparately which is good, and all of this builds up to a dramatic finale that sees Malpica and Hache go head to head, ending with a suitable conclusion to this tale. Along the way there’s plenty of melodrama and twists in the tale, and for the most part the series does well to keep things ticking along at a decent pace.

One of the stand-out elements of Hache happens to be the musical score. There’s some great jazz instrumentals throughout the episodes and juxtaposed against this are more sombre, heart-felt vocal tracks that breathe life into Barcelona during this time period. There’s a distinct lack of anachronisms here too, which is testament to the excellent work done with both the costume and set design.

Props to Adriana Ugarte here though because although the story doesn’t always shine as much as it perhaps should, she absolutely does. The torn inner-conflict between her undercover operation and Malpica works perfectly against her devotion to her husband. It’s a simple set-up but one that’s acted really well throughout the series. It’s easy to empathise with her too and right from the off, Hache wastes no time bringing you on-board to her way of thinking.

It’s worth noting that the dubbing here is truly woeful. There’s an option for British English and aside from the jarring, sickly contrast of Spain in 1960 with upper-class British voices, entire sentences are changed and reworded, with colloqualisms and exaggerated sentences losing the ebb and flow of the natural Spanish dialect. If you do intend to watch this one, I absolutely implore you, as always, not to watch the dubbed version.

Hache may not be the best Spanish Original on Netflix but it is another solid offering nonetheless. The set design is good, the plot progresses at a decent pace and Helena herself is the perfect protagonist for this tale. While some of the supporting characters don’t always shine, there’s enough intrigue with this one to see you through to the climactic finish.