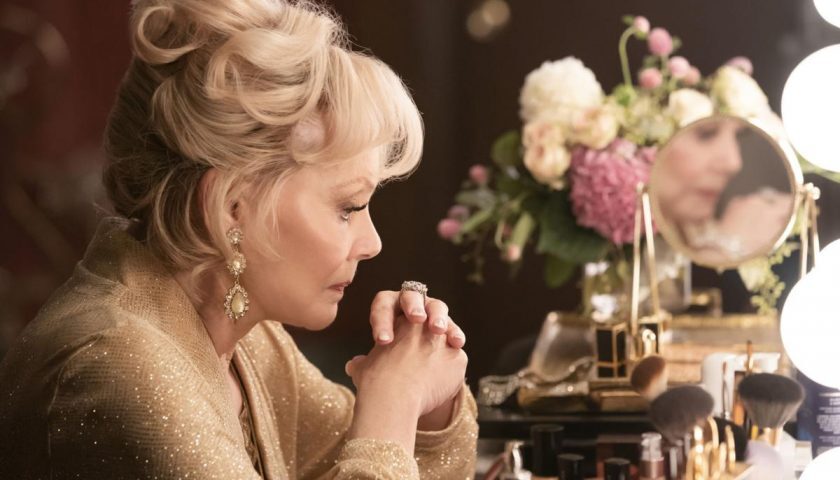 But it’s very hard to make a film or TV show about the inner workings of show business that people who aren’t particularly interested in the entertainment industry can also enjoy. Usually, the ones that work have an added layer of commentary. Think about how 30 Rock was also about the many stresses of being both a woman and a boss, or how the many iterations of A Star Is Born are about the perils of addiction, whether to fame or other substances.

On its surface, Hacks, a new half-hour comedy on HBO Max, is a straightforward showbiz comedy. Jean Smart (the living legend and multiple Emmy winner who’s been in everything from Designing Women to Watchmen) plays Deborah Vance, a famous comedian whose glory days are behind her. She came up in an industry that wasn’t kind to women comedians, and she has an almost predatory sense of how to hold onto her diminishing empire. But as the show begins, the Las Vegas casino that employs her is seriously trimming back her 100-nights-a-year show. She won’t even be performing on Fridays and Saturdays.

Deborah’s agent has a suggestion for her: Hire a younger comedy writer to help her spice up her material. And he has just the woman in mind — who just so happens to be one of his other clients, an out-of-work writer named Ava (Hannah Einbender). Ava’s comedy style is heavily influenced by the absurdist streak of jokes that tend to play well on social media. Deborah can’t stop needling Ava over how she seems averse to writing punchlines, and at first, it seems as though the two won’t be able to work together. But c’mon. This is a TV show. They’re going to end up working together.

It’s when Smart and Einbender can bounce off of each other that Hacks ascendsfrom showbiz comedy to something with broader appeal. Hacks is interested in the ways that women in male-dominated industries are constantly one mistake away from having their careers seriously undermined. Deborah carved out a niche for herself in the 1970s and ’80s, but it was far from the life she might have had if she were a man who was half as funny. And Ava’s career is on the skids because she tweeted a joke that caused loud voices on the internet to hound her until she lost her job writing for a TV show.

That last storyline makes Hacks sound like a show that obliquely touches on “cancel culture,” but the way the series handles Ava’s bad tweet underlines how smart it is. For starters, it implies that the joke in question may be subject to a conservative backlash, as opposed to a progressive one, after Ava mocks a senator for sending his gay son to conversion therapy. (After all, most genuine “cancellations” come from the right and not the left.) But it also gives Deborah a chance to win Ava over, because she’s intent on making Ava’s joke better. Deborah earnestly believes that if something is funny enough, it will always, always work. Ava would also like to believe that — but she isn’t sure it’s true.

Hacks is rare in its ability to be genuinely funny and dramatic in equal measure. I burst out laughing several times per episode, but when the show asked me to feel things for its characters, it was always able to make that leap. Especially in the last two episodes of the six that were sent to critics, Hacks pivots nimbly among a wide variety of tones, largely thanks to how adept Smart and Einbender are as performers and how strong their chemistry is.

Maybe the biggest name behind Hacks is executive producer Michael Schur, whose work on Parks and Recreation, The Good Place, and several other series has made him a favorite of TV comedy fans. But while Schur has put his stamp of approval on the show, its main creative team consists of Jen Statsky, Paul W. Downs, and Lucia Aniello.

Downs and Aniello hail from Comedy Central’s brilliant Broad City, with Aniello’s observational yet incisive direction of that New York-set series proving hugely influential on TV comedy. She brings a similar eye to Vegas in Hacks, looking at the city not just as a collection of casinos but as a place where people live and work. Statsky wrote on Broad City but also on Parks and Rec and The Good Place. As a trio, Aniello, Downs, and Statsky mesh in a way that gives Hacks a warm but spiky tone that isn’t quite like anything else on TV right now.

Hacks misses the mark here and there. Its first episode gets bogged down by “We need to set up the premise” effort. And the show’s ensemble can feel a little small when you realize the only people in every episode are Smart, Einbender, and Carl Clemons-Hopkins as Deborah’s business manager Marcus.

But those are minor flaws. Hacks is a terrific little show about the ways that women across different generations view the world differently, and the ways those different points of view can make for varied types of comedy. If nothing else, it’s a vehicle for lots of scenes where Jean Smart and Hannah Einbender ping-pong dialogue back and forth, and that’s something to be grateful for.