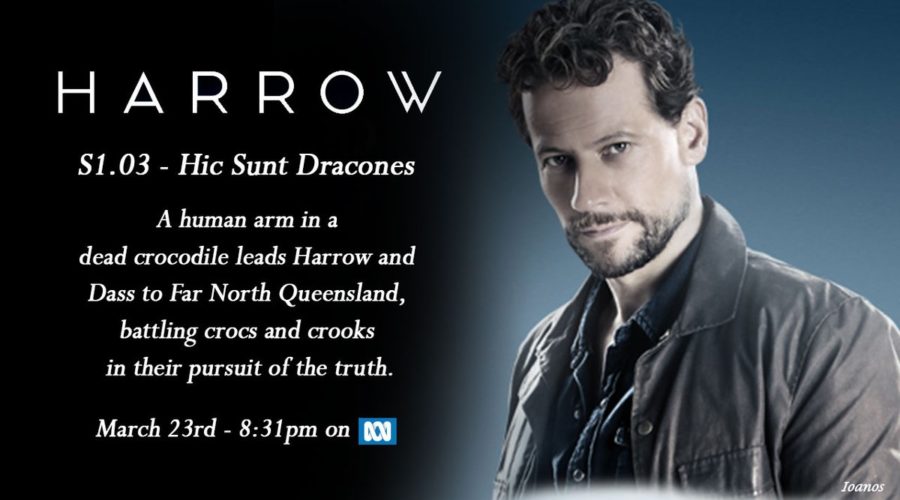 Review: The first episode of Harrow was a fun watch in my opinion. I like how there seems to be a crime-of-the-day element with the overarching plot lines. Looking forward to seeing what comes next! Not sure what the negative reviews on here are about. There’s cliches and common ground in most crime dramas. I think some can’t see past their own biases and assess this on its own merit. I’d avoid trying to compare the show to anything else and simply watch with an open mind!

We lasted 15 minutes..What a terrible terrible show! As an Australian, I am totally embarrassed by it!!! I love Ioan Guffudd & his job in this show is the same as in the wonderful TV series ‘Forever’ which should have been on for many many years..but, that is the only similarity apart from Ioan..The cast over act, and even Ioan’s acting suffers from being around the rest unfortunately..He looks fantastic but it’s jarring to hear Aussie slang that only someone who was either born here or came to this country as a young child would speak. His accent stands out among all the Aussies, and no way, would he speak that way! really odd..loved hearing the Aussie accents though. We end up, having to be detectives, to work out who is who, as characters just keep popping up everywhere, without any back story, as to who they are! It’s a totally odd TV show. I’ll get my ‘Forever’ DVD’s out, and watch that again..I soo wished this show was good/watchable, its sadly not…feel for Ioan, who was shattered when ‘Forever’ ended the way it did..maybe next TV series…

I really enjoyed this! The direction moves between drama and comedy seamlessly without being a distraction. The core characters are unique and the banter between them and the protagonist is really fun to watch. Can’t wait to see where this is going.