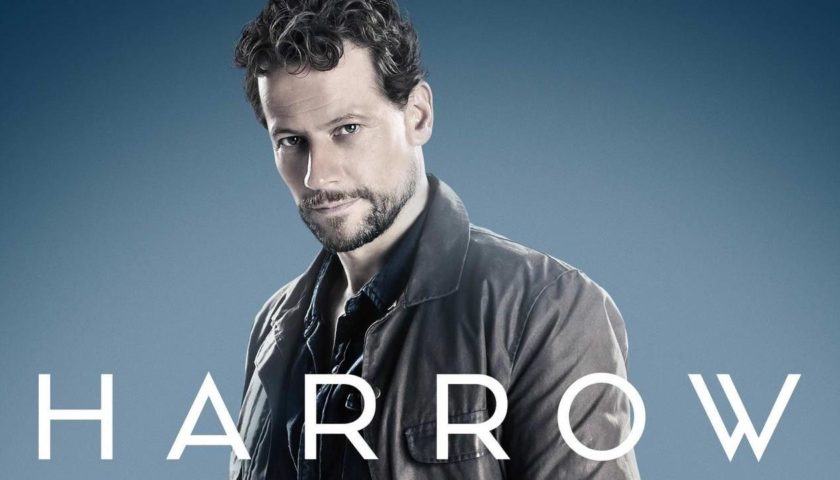 Review: I only watched this show in the first place, because of Ioan Gruffudd, since I liked him very much in “Forever”, and since I missed him after the show’s unjust cancellation. “Harrow” is a Procedural, and as one of these it is pretty formulaic, like “Bones” over its many seasons. But it has also some interesting sidelines, like a partially disturbed daughter, who plays the homeless drifter out of rebellion, or because of other reasons that have to be revealed (I am through ep. 07), and a big mystery that involves a body, sunk by Harrow himself, that lands on his own table for forensic examination.

One complaint here is that there is a strong resemblance to “Dexter”, which is a complete misunderstanding of the first two episodes. Remember that Dexter is a serial killer, who channelizes his need for killing by viciously executing criminals who somehow escaped the legal system. He is deeply psychotic and a sociopath, though sympathetical and, sometimes, even justified.

Harrow’s work isn’t anything like that, it’s not even as bloody or gory as “Bones” is sometimes. Harrow himself is just an intelligent, capable, very good looking, with a voice of silk speaking chaotic Pathologist, most likely as he was in “Forever”, but without the immortality.

Every episode is structured alike, the said body from Harrow’s secret gets some attention and progress, problems with his daughter and related to his ex-wife come to light, and a case is solved. And, since the main character seems to be solo since a long time (as he is very good looking, but also a nerd), he also gets kind of a love story.

These ingredients, combined with decent acting, a bit of humor, and good production values make “Harrow” one of the better shows, if one wants to be entertained nicely. The father-doughter-troubles are somewhere interesting for me as a father of two daughters.

I agree on some complaints that not every script is the most ingenious, there are some strange outcomes which may or may not be facepalm-worthy, but since “Bones” did that on a weekly basis (with additional SF elements) and succeeded, why shouldn’t “Harrow” do somithing like that, too ?

As a German native speaker, I do also realize that Ioan Gruffudd does have an accent a bit different than most of the other actors. But I do not understand the complaints, which are very similiar to those about other productions in the U.S., where foreigners play. By the way, it is nowhere said up to now, that Harrow is an Australian or spent his whole life in Australia.

I give “Harrow” show a 7, hoping that it will see a second season.