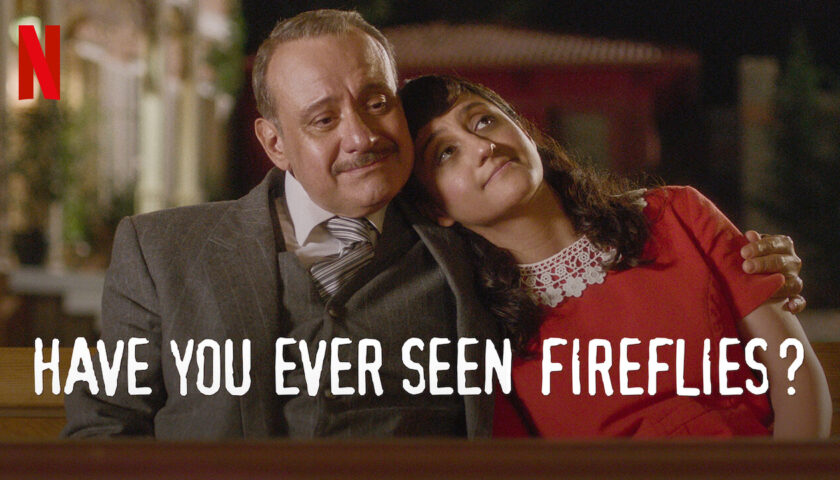 Have You Ever Seen Fireflies? 2021 Movie Review Poster Trailer Online

The story is about Gülseren (Ecem Erkek) and her obsession with fireflies. The story is set during the early 90s in Turkey. Gülseren often keeps asking people around her, ‘Have you ever seen fireflies?’ Seher (Devrim Yakut), finds her daughter’s interest in fireflies annoying, and she often taunts Gülseren.

Have You Ever Seen Fireflies? starts with a young YouTuber interviewing the old Gülseren to know her story. Gülseren is a mathematic genius who could calculate/multiply 4 digits number in just a few seconds. As she narrates the story to the YouTuber, we get into different chapters of her life. The story starts on an exciting note. But you keep looking for the wow factor till the end!

Gülseren is a free-spirited girl. During the 90s when women used to live a restricted life, she was different. She made jokes; she asked questions; she was funny and always spoke up her mind without worrying about anything. The film also covers the political unrest against fascism in Turkey during the late 90s.

Gülseren’s journey from childhood to old age has been full of loss, challenges, and loneliness. Often, Seher blames her daughter for all the troubles and deaths in their family. At one point, the mother-daughter arguments irk you because of their repetitiveness. The writers also have a love story for our protagonist. The characters have not even shown any good chemistry on screen and the love story comes to an end. The makers could’ve easily skipped the part because it did not add anything to the story.

Director Andaç Haznedaroglu has kept the film’s tone light, barring the parts of death and political unrest. But the film fails to fetch your attention despite having such a striking leading lady. Some scenes are unnecessarily stretched, and you want to skip to the next. For example – There’s a scene where the characters call each other with wrong names for more than a minute. When it happens once or twice, it comes off funny. But it was overdone and turned the scene into a pure cringe.

Have You Ever Seen Fireflies? tries to tackle too many things while telling us Gülseren’s story. It feels like writer Yılmaz Erdoğan just wanted to add a serious element to the story without checking whether it blends in well with the narration. The plus points of the film are the performances and Gülseren’s endearing scenes with her father.

Have You Ever Seen Fireflies? 2021 Movie Review Poster Trailer Online