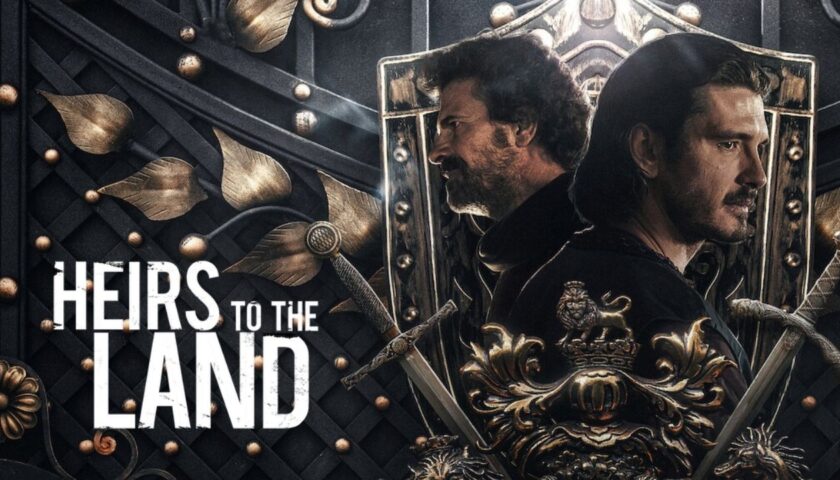 The new Spanish Netflix series takes us to Barcelona at the end of the 14th century and tells the story of the young Hugo Llor (David Solans and Yon González), the son of a deceased sailor, who works in the shipyards thanks to the generosity of one of the most respected men of the city: Arnau Estanyol (Aitor Luna). His dream of becoming a shipbuilder will be cut short when the Puig family, a staunch enemy of his mentor, takes advantage of his position with the new king to carry out a revenge they have been cherishing for years .

The long-awaited sequel to the historical fiction ‘The Cathedral of the Sea’ arrives on Netflix this Friday, offering everything that was expected of it. And it is that this new series based on the homonymous novel by Ildefonso Falcones is nothing more than a reflection of its previous installment, for better and for worse . Therefore, we find ourselves before another succession of dramas and tragedies that take place in a cruel and savage time full of fanaticism in every law, custom and corner. Of course, through violent acts in his name, illogical decisions influenced by his teachings or, as a consequence of the time in which the story takes place, here the role of the great villain is reserved for a somewhat unidirectional representation of the Catholic religion , since she is directly or indirectly responsible for many of the events that occur, either simply out of sheer interest in what it represents at that time .

In its first two episodes, the series kicks off with a succession of scenes that advance one after another in an overwhelming manner and with numerous time jumps without much meaning , thus loading information in a very short time and suffocating on the spot with so much catastrophe in fits and starts From there, the pace drops slightly and the plot begins to develop with some ease , but it continues to move forward somewhat abruptly. In addition, the proposal again makes the mistake of wanting to cover too much in just eight hours . In any case, this is not a fiction that does not seek to recreate itself in long pauses or extensive dialogues, but rather is more interested in getting to the point to generate sensations of all kinds as quickly as possible and without too much subtlety , although when it can allow itself to be somewhat more poetic and kind, it does not give up .

As in the novel, among the virtues of fiction, its cast and characters stand out, which are also full of nuances and reflect a great growth as a result of the extensive and dramatic journey they make throughout the plot . From a Hugo (Yon González) to whom everything happens to a Bernat (Rodolfo Sancho) whose good intentions succumb to pressure, passing through a varied list of enormous female avatars, it is precisely the women who embody the most interesting inhabitants of this medieval Barcelona. Among them, the Regina of a fabulous María Rodríguez Soto (Libertad) stands as each and every one of them suffers, wastes strength and has something to say , although it is true that some are somewhat more blurred than others. However, one of the greatest harpies on television , but even she has a series of logical reasons if we analyze the entire background of her tragic character De Ella.

‘The heirs of the earth’ is another of those recent Spanish historical series that walks the fine line between the soap opera of all life and the spectacular medieval brutality of fictions such as ‘Game of thrones’ . A melodramatic -and somewhat anachronistic- festival full of revenge, political intrigues, forbidden romances, cruel women who fight over men and worse men who kneel before their god without questioning it, in which an overwhelming number of misfortunes occur, highlighted more than what is necessary through an almost omnipresent soundtrack. And among so much tragedy, sometimes the fiction manages to impact mercilessly and other times its execution is somewhat irregular . Especially, the seams are noticeable in his dialogues and in some overly theatrical performances , as well as in the direction of his most violent and massive sequences, whose staging is not entirely polished .

His comedy doesn’t finish working either, and sometimes he blushes more than is desirable, because using a slave as comic relief , even though she is a strong character, and Mercedes León (Veneno) tries until the end with more pain than glory, it doesn’t work out a decision too digestible . But in its favour, the series has compelling reasons that make it one of the most interesting offerings of the week , and it will especially appeal to those who enjoyed ‘The Cathedral of the Sea’ . Like this one, the production has a remarkable technical section and setting that immerse us even more in the cruelty of its time . Nevertheless, what keeps the fiction standing is the long and rugged journey of its characters which, despite not always developing with the same efficiency, manages to be completely absorbing and exciting as soon as the slightest sympathy for any of them blooms. From then on, there is nothing left but to helplessly live through another ‘Spanish tragedy’ in which blood runs as easily as wine .