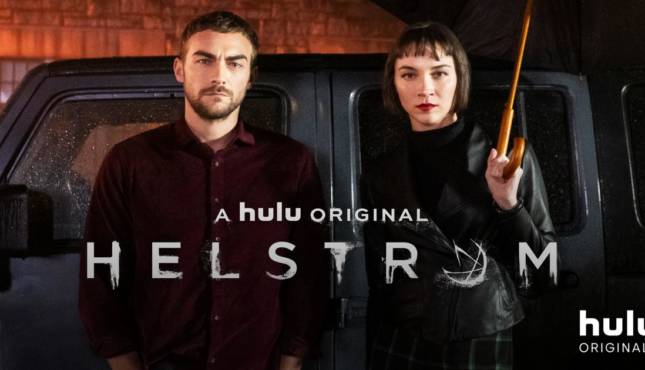 One of the most anticipated entries in the Marvel Cinematic Universe this year is on TV, with “Helstrom,” showrunner Paul Zbyszewski’s horror series based on the comic characters Daimon and Satana Hellstrom. On Friday, Paul Zbyszewski and the cast — including Tom Austen, Sydney Lemmon, Elizabeth Marvel, Robert Wisdom, Ariana Guerra, June Carryl, and Alain Uy — offered a sneak peek at the new series during the show’s Comic-Con at Home panel. Watch below.

All episodes of the series premiere on Hulu on Friday, October 16. In “Helstrom,” as the son and daughter of a mysterious and powerful serial killer, Helstrom follows Daimon (Tom Austen) and Ana Helstrom (Sydney Lemmon), and their complicated dynamic, as they track down the worst of humanity — each with their own attitude and skills. The Marvel show was created for television and executive-produced by Zbyszewski along with Karim Zreik and Jeph Loeb.

Given the series’ roots in satanic horror, Zbyszewski assured during the Comic-Con panel that “Helstrom” will be a dark, heavy, and gory affair. “It is based on the story ‘The Son of Satan,’ so it’s a really bad dad story, ultimately,” Zbyszewski said in the virtual panel (via Slash Film). “We ground it a little more in the real world, but I was interested in that kind of take.”

“They’re just plagued by their history, what they’ve been through, what they’ve overcome,” said Sydney Lemmon, also known for her role in “Fear the Walking Dead.” “And Ana is characterized by what she’s overcome and how she’s responded to the traumas that have come flying at her.”