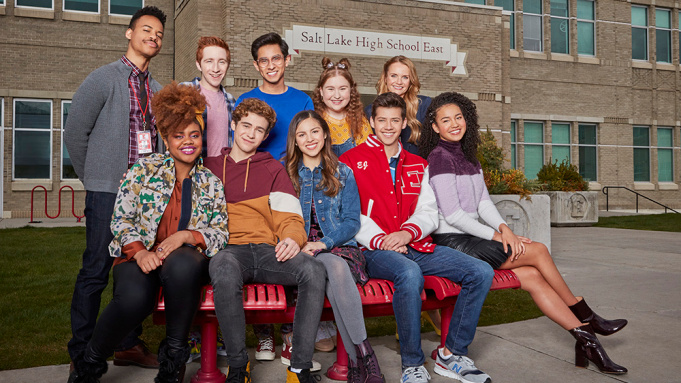 The holiday season is supposed to be about joy, and more than any other show that’s what High School Musical: The Musical: The Holiday Special captures: absolute, pure, lovely joy. For one beautiful hour you can set your cares aside and sing carols with a group of young actors who are positively thrilled to have achieved their dreams. Isn’t that all you want this holiday season: a nice time, with nice people?

Though High School Musical: The Musical: The Holiday Special is only 45 minutes long, it’s wonderfully gracious with its runtime. All 11 of the series main cast members are given a few minutes for an interview followed by the performance of their choice. For Joshua Bassett that means debuting one of Season 2’s new songs, a loving ode Ricky pens for Nini (Olivia Rodrigo) in lieu of a Christmas present. Like with Season 1’s “Just for a Moment,” Bassett actually wrote his character’s song. For Julia Lester, who plays the sweet and aspiring Ashley, that means using her time to showcase the Hanukkah mashup of her dreams. Lester’s sincerity paired with her costume changes make for on catchy new melody.

Each star is given little allowances like that. Matt Cornett (E.J.) shows off his beloved corvette during his rendition of “Last Christmas.” Larry Saperstein (Big Red) takes a more old school approach, singing “White Christmas” to a beautiful empty theater that seems as if it emerged from the imagination of every musical nerd. Similar to Nini’s creativity, Rodrigo breaks the holiday carol form, instead choosing to pay homage to one of her favorite performers by singing Joni Mitchell’s “River.” These tiny personal details elevate the special from just another cookie-cutter sing-a-long. As these young actors talk about their auditions and acting hopes, you’re given the rare opportunity to see real people’s dreams come true. These actors don’t just feel like another talented cast on another streaming service full of talent. For a brief moment you can see the stars of High School Musical: The Musical: The Series as real people, and it’s wonderful.

In addition to insights into the cast, The Holiday Special also offers some super exciting looks into Season 2. As mentioned before, Bassett performs Ricky’s Christmas present to Nini, a sweet ballad titled “A Perfect Gift.” If you weren’t already aboard the Ricky and Nini train this little number will sell you. But the most exciting sneak peek into High School Musical: The Musical: The Series’ future happens during the last few minutes.
In Season 2 the theater club decides to start an Instagram page. And what better way is there to promote themselves than through an elaborate musical number? The Christmas-themed “Something in the Air” has something for everyone. As Ricky and Nini sweetly hold hands, Sofia Wyle’s Gina kicks, pops, and locks with a dancing intensity that will make you want to applaud. It’s a number that is so ridiculously over-the-top it would make Glee proud. But isn’t that exactly what you want?

There’s not much about High School Musical: The Musical: The Holiday Special that feels forced or fake, an aliment that has plagued similar specials. It’s simply an upbeat celebration of the happiest time of the year. Do yourself a favor: forget your woes and tune in. By the time Sofia Wyle starts singing, you’ll be hooked.