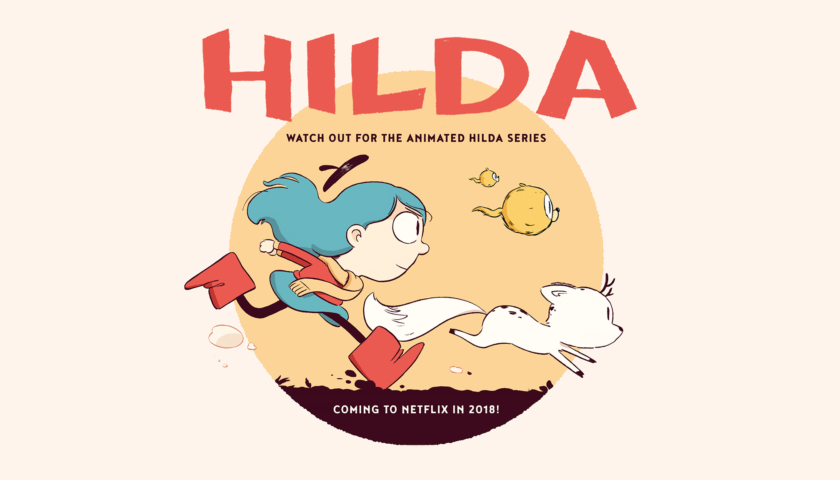 Review: We are still very much in our infancy as a division at Netflix, and we are building our foundation project by project,” said kids and family vp Melissa Cobb.

During its first-ever Annecy International Animated Film Festival presentation, Netflix on Tuesday announced the second season of its Japanese anime series from Kill Bill’s Kazuto Nakazawa, B: The Beginning, has been given the green light. The streamer also announced the upcoming Hilda, based on the books by Luke Pearson and directed by Andy Coyle, will premiere Sept. 21.

Netflix brought Nakazawa and Coyle, whose series are both in the fest’s TV competition section, to the presentation, along with kids and family vp Melissa Cobb and director of international originals Aram Yacoubian, as well as Raise the Bar creator Fernanda Frick.

“That’s what I love about Netflix, we’re building a home for each and every one of you in this room,” said Cobb, who cited the streamer’s varied prgramming of anime, adult and kids and family animation. “We want to deliver a diverse slate of powerful and timeless entertainment with global appeal, to be creator and talent-friendly.”

She added, “We are still very much in our infancy as a division at Netflix, and we are building our foundation project by project.”

When pressed on strategy, Yacoubian said the only common thread in Netflix’s programming is that creators are “unapologetically bold.”

“I never thought I would be greenlighting a weightlifting show from Chile,” he said. “In fact, we had been actively avoiding sports shows in animation because they are hard to do.” Yacoubian said they are looking for projects that evoke emotion in the viewer.

Coyle presented scenes from the upcoming Hilda, the story of a little girl that contemplates the meaning of life. He said the series aims for moments of emotion and fear from the cute characters of a blue-haired girl and her pet baby reindeer, which came after Netflix notes to age up the series, which had originally “felt TV-safe.”

The result is a more “complex, nuanced” character that walks a fine line between being a kid and tween show. “There are elements of this that don’t fit into a traditional broadcast format,” Coylesaid of the darker turn.

Frick also discussed the creation of Raise the Bar, a series about athletes training in a fictional Latin American city. She said that while it is focused on athletes, it also is about the struggle to pursue dreams in some countries. “Nothing really works as it should in Latin America,” Frick joked. The show is also inclusive, featuring a transgender character as well as an American “that is the epitome of privilege” but eventually learns to get along with others.

Netflix is also set to premiere the second installment of its Godzilla anime trilogy later this week.