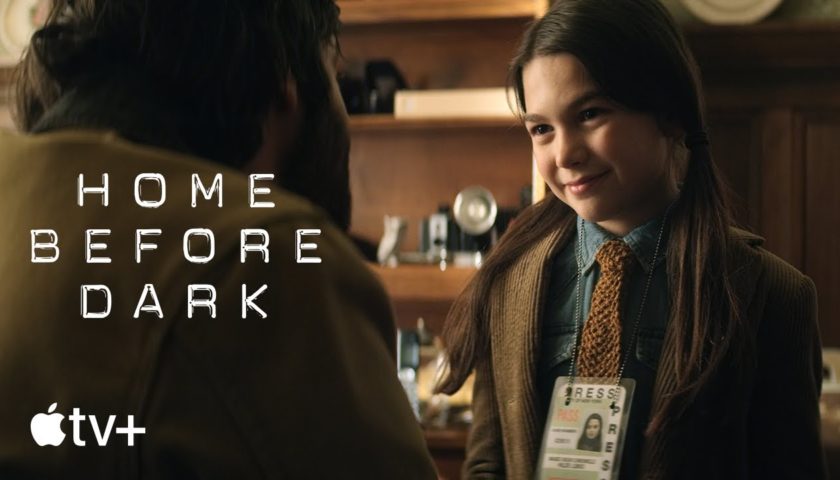 Child worship, the US author Florence King once wrote, is America’s gross national product. Whether you react with horror or delight at this idea will go a long way towards predicting how fully you will embrace Apple TV+’s latest offering, Home Before Dark.

The 10-part series, released in its entirety on the streaming platform, is inspired by the real-life work of Hilde Lysiak, who at the age of nine managed to scoop seasoned professional journalists on a local murder case. She overheard a stray remark at her local police station, followed it up and published a report in the local paper – which she had started as a family newsletter and had grown into a YouTube channel and print publication with subscription membership.

Home Before Dark takes things a stage further by having Hilde (Brooklynn Prince, who first came to prominence with a critically acclaimed starring role at the age of seven in Sean Baker’s film The Florida Project) become embroiled in actually investigating a murder that takes place in Erie Harbour. It is her father’s home town, where they have returned after he lost his job as an investigative journalist in Brooklyn.

The victim is the sister of a man convicted of abducting a boy called Ritchie back in her father’s day, and whose body has never been found. Hilde is obsessed with All the President’s Men (which she’s watched 36 times) and precociously interested in the first amendment, reporting, the pursuit of truth, justice and the American way. If that wasn’t enough, she is also gifted with semi-divine abilities to see into the human heart, discern true motives and rise above the petty squabbles of humanity to keep her eyes on more precious prizes.

“Why are you deflecting?” she asks when people try to evade her persistent questioning. “It’s OK, Dad,” she says, nobly swallowing her tears and stiffening her upper lip after her father snaps at her, “I know you didn’t mean it.” There’s intellectually precocious, sure, and there’s emotional maturity. And then there are moments beyond the capacity of most human adults, never mind nine-year-olds.

Hilde also appears to have a photographic memory and, whenever the plot requires it, an uncanny capacity for intuiting who suspects are and where they might have hidden vital evidence (that she then does not even briefly consider handing to the police). Oh, and she’s a (sometimes pink pussy-hat wearing) feminist. “I’m not just going to make nice!” she assures AN Adult representative of the patriarchal forces bent on inculcating outmoded feminine ideals in her.

Her parents are as awed by her as the makers want viewers to be. Her father gapes at her compassion, her fearlessness and her dauntless, unjaded pursuit of what is right. Her mother goes to bat for her in the principal’s office when the school objects to her reporting on the murder. “She has a passion in life!” cries Ma. “Work that she loves more than anything else. I never had that. If a boy did what she did he’d be class president … I’m going to make sure nobody crushes her dreams!”

You will have noticed by now that script rewriting is evidently one skill that does not, alas, figure among Hilde’s multitudinous talents.

If the uncritical idolisation of Hilde is not offputting enough, there is also the dual-stranded plot that gives you the feeling of being in two not-great programmes at once. If it were just Hilde, Juvenile Reporter on her gumshoe adventures, it might just about function as a passable teatime show (as they used to be able to be called) – a sort of Veronica Mars for a younger demographic. But the apparent involvement of her father with missing child cases past and present mean his scenes appear plucked from a darker, more grown-up show.

What saves it from simple tedious schmaltz (notwithstanding the clambering-on-tabletops-in-solidarity scene in the cafeteria as Hilde reads out – so fearlessly! So maturely! So driven-by-the-truthly! – the online comments from under her murder report) is Prince’s performance. She is simply astonishing. You wouldn’t believe her character in any other hands. Prince rises above the premise, the script, everything. She gives it her all and it is a mighty thing. It feels like a privilege to be there to witness the unfurling of such a vigorous talent. If she turns out to be able to write scripts too, that would be great.