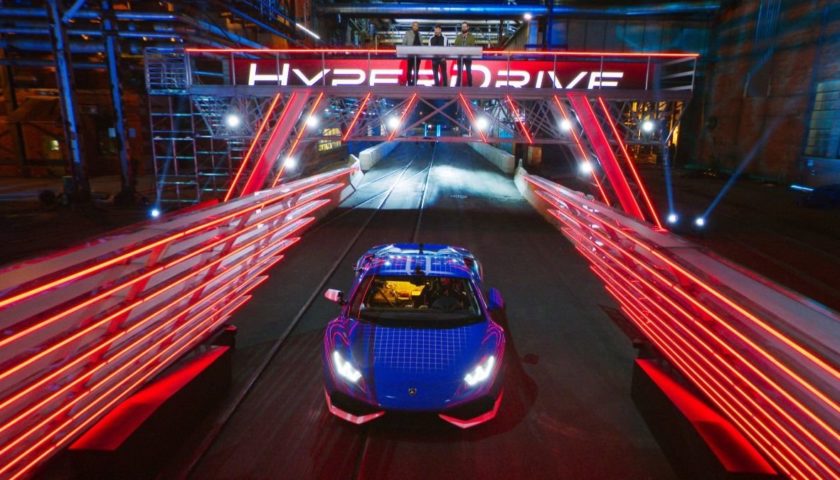 Right now, there are a few different ways to get your automotive fix on television. You’ve got wild adventure series like The Grand Tour, motorsports of course, as well as about a billion different mediocre reality shows on MotorTrend’s cable channel. Netflix is slowly ramping up its automotive offerings, too, and its latest show looks absolutely wild.

Netflix on Thursday published its first trailer for the upcoming Hyperdrive series. Think of it as capturing the spectacle of American Ninja Warrior, but with a boatload of wildly customized cars. It takes place at an industrial complex that’s been revamped to contain 10 different types of courses. There’s a giant see-saw, drift courses and other wild spectacles.

It’s not just a bunch of dyed-in-the-wool race car drivers running these courses, either. Instead, it’s regular Joes and Janes — the trailer points out a few of them with jobs like truck driver, lumberjack, law student and “millionaire,” which I’m pretty sure isn’t a real job, but hey, good for that guy. By the looks of it, each of the 28 racers in the competition will furnish their own car, too, so expect a great deal of variety.

There are some big names behind this project, too. Charlize Theron is the executive producer, and the hosts come from various walks of life, including former Top Gear USA presenter Rutledge Wood, former MMA fighter Michael Bisping and Fox Sports broadcaster Mike Hill.

The entire first season hits Netflix on Aug. 21, with episodes lasting around 45 to 50 minutes each. Grab some popcorn — and maybe a helmet.