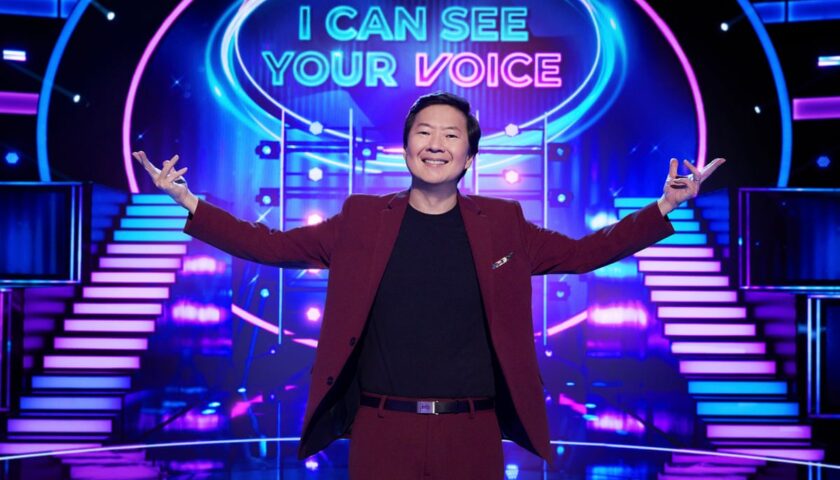 This is a game show with one contestant per episode. That person can win up to $100,000. The game is a variation on “To Tell the Truth” (TTTT). Ken Jeong is the host.

The game moves quickly through six rounds as the six “singers” try to fool the contestant. Each of the six has a claim, like “I just signed a contract with a record label.” But some of them are liars. Like TTTT, the real singers must tell the truth.

After each round, the contestant tries to eliminate a liar. The liars are bad singers. In the first two rounds, each of the six lip synchs to a recording. Only the real singers are lip synching to their own voices. Can you tell who is a competent singer by watching them lip synch? It’s not easy, but the contestant has a panel of five celebrities to help him.

After each round, the player can bank $10,000 by identifying a bad singer. Much of the fun comes from the moments when each “singer” reveals his true singing voice.

In the final round, the contestant can go for the $100,000 by making an all-or-nothing wager that the last singer is a good singer. The tricky thing is the number of good singers varies from show to show. And the more money in the bank, the more is at risk.

After the final guess, the remaining singer does a duet with a panelist who is a vocalist. In the first episode, that celebrity was Nick Lachey.