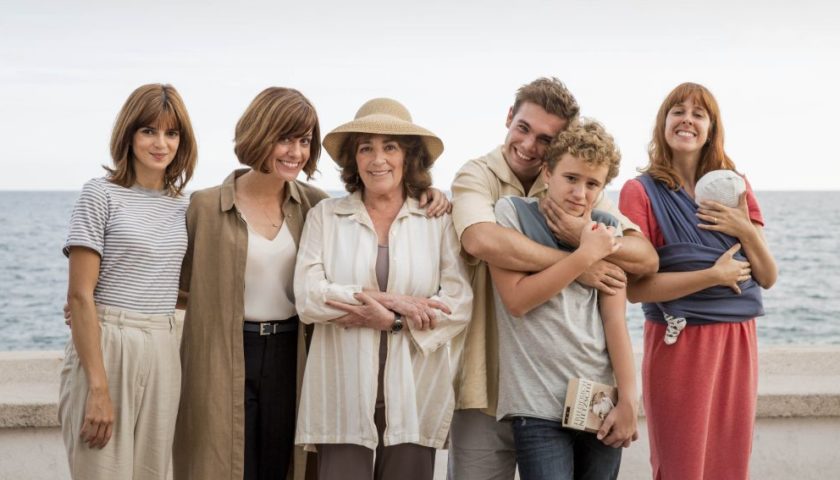 Review: The one major issue with In Family I Trust (Gente que viene y bah) is that it stays at the same pace and level throughout the running time. The Spanish Netflix film remains in the moment, like a beautiful, warm summer with your family, taking in the humid air and enjoying the third glass of wine after a brisk late afternoon walk. It has that holiday vibe to it like Mamma Mia! and it’s selling point is that feel-good family story at the centre of it. But it doesn’t go anywhere, making the movie feel longer than it is.

The story follows Bea (Clara Lago), a city architect about to embark on a significant hotel project with her partner Víctor (Fernando Guallar), but after finding out that he cheated on her with a famous journalist, she leaves the dream job and joins her family in a small Spanish village, a community run by one of her sisters, who is the mayor.

After finding out her mother’s secret, In Family I Trust invests the story in the community, and the different issues the family faces. Bea is a wounded character, eager to overcome her heartbreak, despite her ex Victor always on her mind, but the story forgets the base of the plot. The Spanish Netflix film portrays the strength of siblings, with the mother the influencer in their lives. Of course, eventually, it does meander into the romance genre, with Bea catching the eye of a local onlooker.

In Family I Trust is not entirely a write-off; its heart is in the right place, and I could understand why the novel it’s based on draws its appeal, because Bea is a likable, relaxed, and easily enjoyable character to watch. Her body language is tentative, her emotional moments are casual, and she appears indifferent about her plans, which is appealing at the same time, but adds to the non-progressive story that the film suffers with.