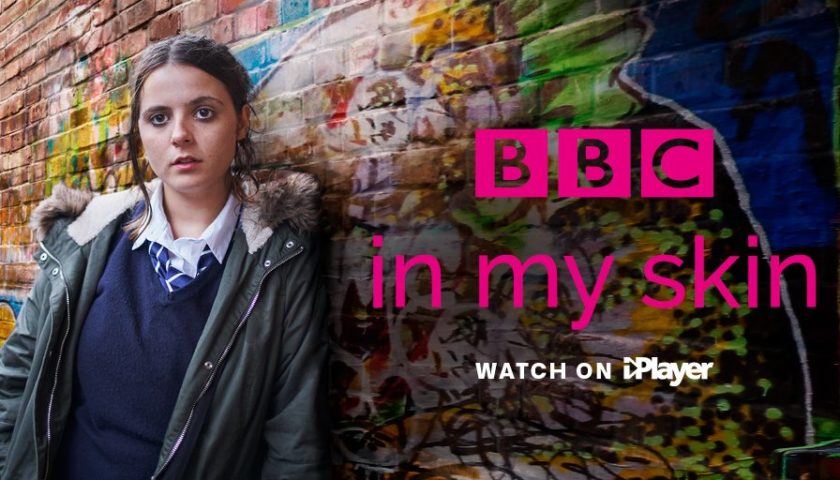 School’s finished and Bethan (Gabrielle Creevy) is sitting on a bench telling the glossy-haired popular girl Poppy (Zadeiah Campbell-Davies) about her parents. Her overly protective mum, who works in HR. Her dad, who’s alright, but he has a really boring job as a tax officer. You can imagine them as well: telling Bethan to eat a piece of fruit if she’s hungry because dinner will be on the table in five minutes, willing her to give them more than a monosyllabic answer when they ask how her day was. “Aw, they sound lush,” Poppy smiles.

The camera cuts to a woman (Jo Hartley) pinned to the floor of a mental health facility. She’s so angry, her jaw looks like it might break off her face. Her veins bulge worm-like out of her neck. The camera cuts again, this time to a man (Rhodri Meilir) drunkenly swaying in front of a bonfire. He lobs wood into the flames and yells: “Have it, you c***t.” Bethan was lying. These are her parents. She’s made up a whole world to try to escape the one she’s trapped in.

Even when laying bare the bleak realities of teenage life in the wreckage of Britain’s forgotten places, In My Skin is filled with tenderness. Mostly from Bethan’s grandma (Di Botcher), but also from her two best friends Lydia (Poppy Lee Friar) and Travis (James Wilbraham). Though it’s obvious they are bad influences – trying to lure her out the window in the night to drink cider with them in the park and daring her to tell the guy in the greasy spoon she’ll give him a blow job for a free chip butty – it’s obvious they care about her. When things are bad, the good becomes even more precious.

Also preventing the series from turning into some kind of burdensome flogging ritual is the humour. Llewellyn’s dialogue is caustic and sharp, with all the warm familiarity of the Wetherspoons background hum. When she sits down on a bench, Bethan’s grandma groans: “My knee is stiffer than a dead perv’s todger.” When she answers her phone to her mates, Bethan jokes: “Hello, you’re through to Childline.” During an after-school detention, the school’s resident bully, a would-be rapper, takes the opportunity to slur his way through a decidedly awful freestyle.

To watch In My Skin is to be transported back to school: suffering romantic infatuations for people who’ll never love you back, chairs squeaking against linoleum, the horror of PE changing rooms. A place where bullies ask teachers, “You off to get a pad Miss?” as they leave the classroom. Where friends are just about enough to get you through it all.

You know at some point, Bethan’s bubble is going to pop – and the girl with the glossy hair probably won’t like what she sees when it does. But for now, Bethan is finding happiness in the dream world she’s built out of lies. Her iPhone pings. It’s Poppy. “So when can I see you again?” After reading it, Bethan looks right down into the camera lens. The smile she gives will get right in your skin.