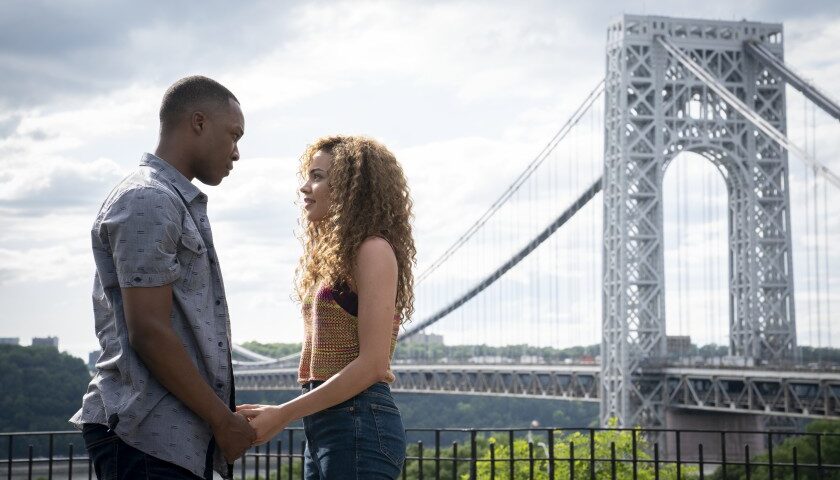 Rarely do you encounter something that can pack emotional punches from every single direction. There is also a lot to say about one that can get people to sing and dance in their seats. This has always been the case with In the Heights. But, will that impact follow it to the big screen?

The culturally-driven musical penned by Lin-Manuel Miranda and Quiara Alegria Hudes had its premiere back in 2005. Miranda wrote the music and lyrics while Hudes wrote the book for the stage production. Since then, it has received numerous prestigious accolades including the Tony Award for Best Musical back in 2008. In 2016, sources announced Jon M. Chu would be directing the film adaptation with Miranda and Hudes back as writing credits. It was originally set to release in the summer of 2020, but it was pushed back due to the COVID-19 pandemic. After a year-long delay, the adaptation is finally here.

The film itself starts off strong with ocean waves, a tropical breeze, and Anthony Ramos. Then it smoothly transitions into the star of the show: Washington Heights. Once in place, everything unfolds at a comfortable pace. Characters are introduced in memorable fashion with an opening number as jaw-dropping and impactful as that of 2016’s La La Land. There is truly no limit to what Chu has created. The little details speak as loudly as the ones that feel larger than life. From the food to the authentic Spanish mixed into the dialogue, the film feels like home.

Now, while it’s all admirable and endearing, it does not take long for the flaws to appear. The biggest fault that halts it on its way to achieving perfection is its overwhelming need to fulfill different storylines. Chu transforms the musical into a visual extravaganza of grandiose proportions. It is a vivacious explosion of color, choreography, and culture. But as the scale grows, it loses its grasp on the overall narrative. As a result, many of the different storylines don’t earn satisfying conclusions all around

The Latinx community reminds us that it is not a monolith. It is composed of different cultures, backgrounds, and stories. In the Heights tried to merge them all into one for a big celebration, but it also tried to speak for all the problems that the community faces. While a noble effort attempts to reflect the struggles that many face because of the flag and nationality they hold dear, many of the issues addressed came up short. There was a storyline that spoke up for the dreamers of the United States, for example, but it didn’t get the spotlight it deserved, leaving loose ends.

It all comes up to be two-and-a-half hours of song and dance with brief pauses in between. With a runtime as extensive as this one, there was enough room to reach satisfying conclusions. But thanks to the massive ensemble, the plot splits itself in too many different directions. That being said, In the Heights itself doesn’t feel long. The original stage production is in fact longer which meant that many changes had to be made. Songs were cut and storylines were altered. For fans of the original work, some of these would be difficult to forgive. For those going in blind, it will most likely be an instant hit.

However, a lot of the acting was charming enough to distract from said shortcomings. Notable performances included Jimmy Smits, Anthony Ramos, and Olga Merediz. Merediz was the one to completely steal the show all around with her subtle yet heartwrenching presence. They saved her number for the highest point of tension in the film. It’ll definitely pull you down from the high all the music and laughter give you into a profound mixture of sorrow and pride. “Paciencia y Fe” is without a doubt one of the most beautiful cinematic moments to ever grace the screen.

With a significant cultural impact, In the Heights will reshape the way musical theater is made and consumed when it comes to the cinematic experience. It is a love letter to those that doubt their worth and belonging in spaces that often are denied to them. Best of all, it holds a mirror to those that feel invisible in the eye of representation and celebrates them loud and proud. It may not have the tightest screenplay, but the core message is loud and clear, and that’s what matters above all else.