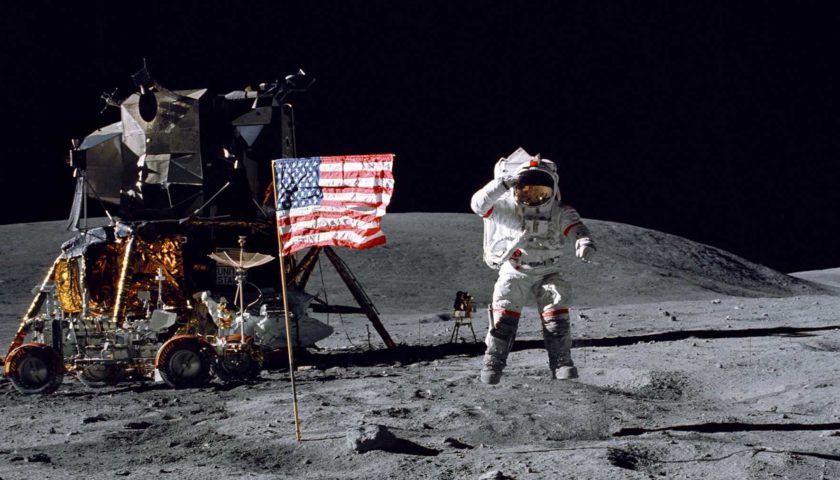 The dedicated entertainment junkie now has more options than ever before. So if you’re wondering which logy, derivative, visually pedestrian piece of made-for-Netflix pulp to avoid at all costs this week, it would be hard to top “In the Shadow of the Moon,” a police thriller powered by a “head-spinning” sci-fi twist that’s revealed so gradually you’ll feel older by the time the movie ends.

The opening, at least, is a grabber. We see the aftermath of a terrorist bombing in 2024 (it’s staged to look like 9/11 lite), and the film then flashes back 36 years and cuts among three civilians — a diner cook dishing up sausage and peppers, a concert pianist in performance, a bus driver carrying a book about Thomas Jefferson — who all succumb to the same horrific fate. Blood seeps out of their noses, ears, and eyes, gathering into a miniature geyser of gore, until each of them collapses. It’s sort of like the exploding-head scenes in David Cronenberg’s “Scanners” without the serious wow factor.

Thomas Lockhart (known as Locke), a young Philadelphia cop, examines one of the bodies and discovers telltale neck-puncture wounds, along with the fact that the blood is full of granulated brain matter; the victims have all been sucked dry. Then Locke and his partner, played by the trusty Bokeem Woodbine, learn (sort of) the explanation for this horror: that each of the victims has been injected with an unstable isotope.

The figure who did the injecting is a mysterious, ninja-like avatar who scurries around the city in a navy-blue hoodie, until the hood pulls back and reveals her to be a shaven-headed African-American avenging angel. Her name is Rya, and she’s played by the Australian actress Cleopatra Coleman, whose ripe-featured glower is brought out all the more by her close-cropped hair. She knows all about Thomas — who he is, the fact that his wife is about to have a baby. But then something occurs that makes Rya seem all too mortal.

Until it doesn’t. Jim Mickle, the director of “In the Shadow of the Moon,” and the screenwriters, Gregory Weidman and Geoffrey Tock, treat the film’s central conceit as though it were a revelation that was going to blow our minds. The movie, which is two hours long, galumphs through five different time periods that are spaced nine years apart (1988, 1997, 2006, 2015, and 2024). In each one we learn a little bit more about what’s happening, and every time we do the setup seems that much more laborious and absurd. There is tragedy along the way (Locke has to raise his daughter by himself), but that’s not the same thing as character development. Boyd Holbrook, as Locke, isn’t a bad actor, but he’s just sharp-witted and clean-cut enough that by the time he suddenly appears in matted long hair and a bedraggled beard, a fallen law enforcer living out of his car and mired in conspiracy theory, you feel like you’re watching actor #112 in the audition line to play Charles Manson in “Once Upon a Time…in Hollywood.”

The conspiracy, as it turns out, is all about race. There’s a mad scientist, played with nerdish fury by the Indian-British actor Rudi Dharmalingam, who has devised a master plan to wipe out hate across the centuries. His scheme, on the face of it, sounds nuts, but since his agenda is a progressive one, the movie appears, after a while, to almost be on his side. If you’re wondering why “In the Shadow of the Moon” has such a portentous title, that’s because the film thinks it’s making some grand statement about reversing the cycles of racism. Make no mistake: It’s a woke movie. But one that will put you to sleep.