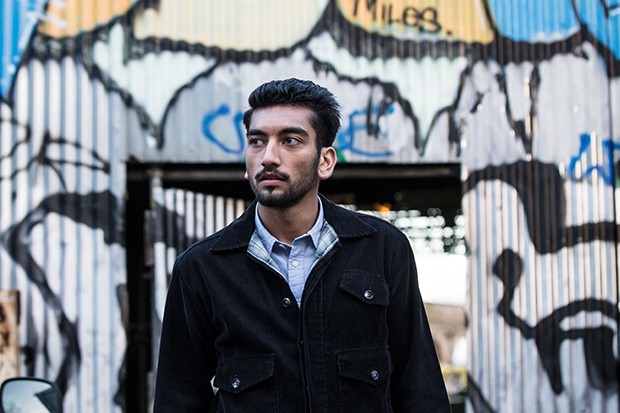 “You’re my hunter-gatherer. You go to the places I can’t,” Gabe, a white counter-terrorism officer, tells Raza, a young, second generation Pakistani man from East London, at the start of the teaser trailer for BBC1’s brand new drama Informer.

“I don’t know any terrorists, bruv,” Raza responds, indignant. “Not yet you don’t,” Gabe quips.

Directed by Jonny Campbell, Informer follows Raza (Nabhaan Rizwan), who’s recruited by Gabe (Paddy Considine) as an undercover informant for the British counter-terrorism police. Penned by new writers Rory Haines and Sohrab Noshirvani, Informer is set to be a dynamic and original take on racial identity and the blurred lines between the political and personal.

Here’s everything you need to know about BBC1’s Informer.

Joining them is Bel Powley, best known for starring in The Diary Of A Teenage Girl, as Gabe’s ambitious new partner Holly.

As we see in the trailer, tensions escalate as Raza adjusts to his new role – in one shot we see him brandishing a gun, a terrified look on his face.

“He rumbles me for a snitch, I’m dead,” he can be heard saying. Has Gabe put him in more danger than he bargained for?

Gabe also “has a past he is unwilling to expose”, which proves difficult to conceal when Holly begins prying.

“As the central counterterrorism investigation heats up, the stakes for all three get higher and higher,” according to the show’s press release. “Informer tells a story about identity in a world where lines are increasingly being drawn and sides are being taken.”

Elizabeth Kilgarriff, BBC Executive Producer, says: “Brilliantly original and constantly surprising, Informer is going to be a must watch treat for the audience. Brought to the screen by some of the most exciting new and established talent from on and off screen, I can’t wait to see it come to life on BBC1 next year.”