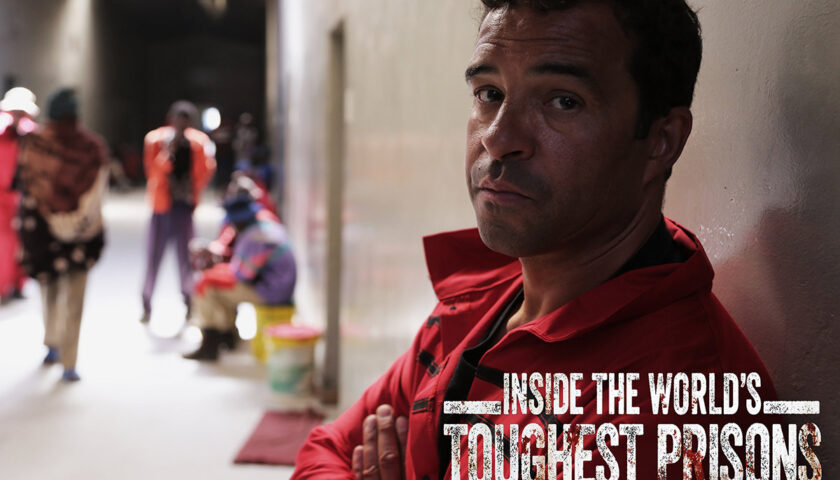 Prison is like going to the DMV: going there is always going to be terrible no matter what, but some locations are worse than others. Netflix’s latest docuseries has no time for bearable prison conditions, though. Much like its name implies, Inside the World’s Toughest Prisons is all about exploring the worst of the worst. It’s a relatively superficial dive into this premise, but the docuseries does a good job of immersing itself into the worlds of these criminal-filled institutions.

The premise of World’s Toughest Prisons is a simple one. Each episode follows the host, Rowe, as he explores a different hostile prison from around the world, both as a prisoner and as a guard. Whether they’re in the middle of a war zone or caught between internal gang riots, these prisons are indisputably dangerous. Even though Rowe has a camera crew following him around at all times, it often feels like he’s not completely safe. But what makes Rowe such a good host for this particular corner of reality TV is his past. Rowe spent 12 years in prison for a murder he claims he didn’t commit.

In 1988, Rowe was arrested for murdering a man as part of the M25 Three. Rowe and the two other men convicted of the murder were released on a technicality in 2000, though Rowe still maintains he was innocent. Partially because of his past, Rowe never enters these prisons as an outsider. He seems to almost immediately know how to hone in on the power structures of these different institutions. In this way, the series has moments where it serves as an intimate look into some of the world’s most terrifying realms.

And this new season certainly delivers on unnerving prison conditions. Season 2 examines a gang-fueled institution in Brazil, a prison in Ukraine that’s literally in the middle of a war zone, a chronically understaffed facility in Papua New Guinea, and an evangelical prison in Belize. Each of these institutions have their own hurdles while struggling to reform hardened criminals.

Inside the World’s Toughest Prisons probably won’t drastically change your mind about prison and prisoners. If you’re looking for a more humane look at these subjects, Girls Incarcerated or even Orange Is the New Black are better shows. But if you’re interested in seeing how a struggling prison system faces different problems from country to country, this show is for you.