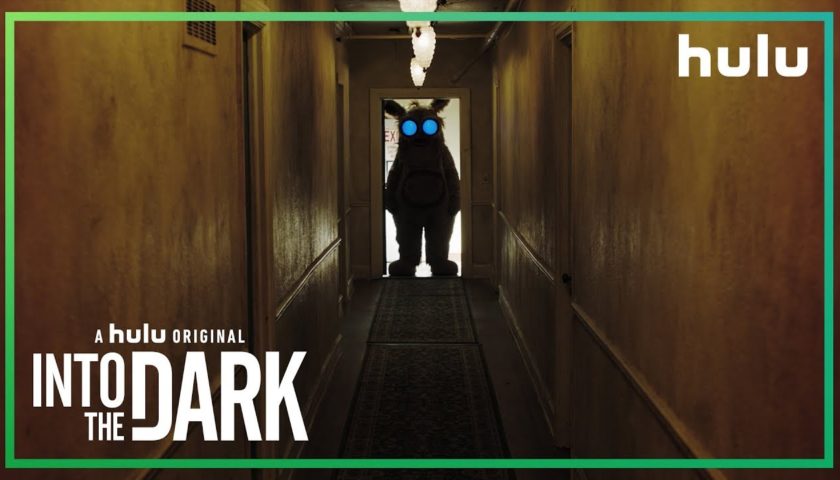 Review: The phenomenon of treating anthology series as collections of films is a fairly recent invention — episodes of “Sherlock” and “Black Mirror” have won the past three best TV movie Emmys, beating out genuine-article made-for-TV movies. It’s easy to be dubious about the treatment of these shows, whose episodes share a united sensibility as well as overarching themes and, in “Sherlock’s” case, characters, as stand-alone pieces of cinema. But with its first installment, debuting Oct. 5 after screening at the Los Angeles Film Festival Sept. 21, Hulu’s new anthology “Into the Dark” comes far closer to looking like a new film franchise than its contemporaries. Indeed, it looks so much like one of executive producer Jason Blum’s horror movies that it fails to captivate as TV.

Blum, the producer of films including the Oscar-winning “Get Out,” is best known for projects a bit less high-toned, propulsive and inexpensively made horror lacking much of a message. He gets closer to his roots with “The Body,” a down-and-dirty eighty-minute gorefest whose rapid pace and nihilistic attitude recall, for instance, this summer’s Blum flick “Upgrade” or his “Purge” franchise. If episodes of anthology series are indeed films, this is streaming’s version of a B-movie.

If “The Body,” a feature-length episode modeled on director Paul Davis’ previous short film starring “Game of Thrones’” Alfie Allen, is your thing, you’ll know within minutes; it’ll take only one to know if it’s not. The film begins in the aftermath of a hired killing; the victim’s body comes at the end of a tracking shot through a well-appointed apartment. The killer drinks the departed’s wine and eats his casu marzu cheese, a Sardinian delicacy created by seeding dairy with living maggots. The shot, of a loaf of cheese crawling with slimy life, is gross for its sake, a stomach-turningly lurid bit of indulgence in the weird.

And so it goes, as the hitman (Tom Bateman) makes his way through a Halloween night in which those he encounters think his bloody ensemble a great costume and the body he drags with him the ultimate prop. It’s a neat bit of plotmaking that gives way to endlessly baggy back-and-forth as killer and body get separated by a crew of dull-witted characters designed to be prey. Worse, Bateman’s performance is robotic in affect and utterly wiped clean of charisma, a choice that gives the viewer little to grab onto besides a dull sort of repulsion at his inhumanity. And there’s a problem of medium: It’s harder to forgive the preposterousness on which a Blum flick thrives when outside the multiplex. Plot points that would unite a theater in gleeful shrieking feel more thuddingly obvious when played on a laptop screen by oneself.

A monthly franchise, “Into the Dark” does inject further energy into what’s become an interesting and unconventional mission for Hulu. As Amazon chases event series built around familiar intellectual properties and, along with Netflix, courts some of the world’s biggest stars, Hulu has embraced a sort of popcorn-fueled slate of programming, one in which shows like “Castle Rock” appeal to horror die-hards and in which the most recognizable star of this program is its producer’s sensibility. “The Body” isn’t good—its cast phones it in, its reliance on gore as punctuation is witless, its final twist can be seen a mile off. But its willingness to play its own game, to be tawdry and cheap in a streaming landscape in which bigger and bolder statements are made, generally, over the course of stately 10- or 13-episode seasons, feels like something unusual, something worth noting even as only diehards may delight in it.