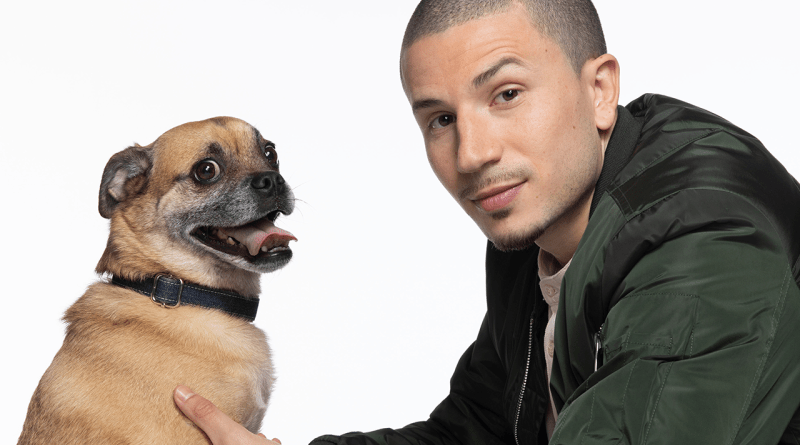 Review: Rarely do I wish I liked something more than I really, really wish I liked It’s Bruno, in part because I’m pretty sure I can see what its creator and director, the multitalented rapper Solvan “Slick” Naim, was trying to do with it. Because despite outward appearances and the rather obvious mission statement of being a love letter to Naim’s beloved rescue puggle (pug/beagle mix) Bruno, there’s more to the eight-part Netflix series, just below the surface.

The problem is that the surface is so tortuously unfunny that scratching it away becomes an exercise in tedium and frustration, which is a shame, really, because there are things to like. It’s about a dog, after all. And Bruno is a cute little dude, evidently smart and charming; the kind of dog that, if he were yours, you’d probably create a show to show off.

This is why it’s so confusing that Bruno very often takes a backseat in It’s Bruno, content to sit and dopily gawk at the camera as his obsessive owner, Malcolm (Naim), gets into various conflicts and misadventures with the local denizens of his real-life Brooklyn neighborhood of Bushwick.

The show’s treatment of Bushwick is where most of its better ideas reside; aside from being a story of a man and his dog, it’s also a story of a neighborhood with various wacky characters who represent, for the most part, exaggerated versions of real working-class New York fixtures, from the rivalry between bodegas and supermarkets, to the dude who sits on his steps and begins every sentence with “everyone on this block”, to the encroaching hipsters who’re gentrifying the neighborhood.

It’s Bruno probably isn’t the right place to make half of these points, and you can tell by how poorly it manages to make them. The show’s biggest running gag is the idea of treating incredibly mundane events and developments with a ludicrously over-the-top dramatic attitude, presenting off-the-cuff pet obedience contests with a rival dog owner, or a chase through the streets, as though they’re climactic face-offs in some kind of action epic. That’s funny the first couple of times but significantly less so as the show continues, but all it really has to offer beyond this is the kind of comedy that thinks stepping in a turd is enough of a joke in itself.

Sure, I can laugh at that, but certainly not for long. It’s Bruno makes the wise decision to keep its episodes in the 10-15 minute region, but even so, it still begins to outstay its welcome very rapidly. There will undoubtedly be an audience who’re satisfied with this kind of thing, and more power to them, but for dog lovers and comedy lovers alike, Netflix provides many superior alternatives.