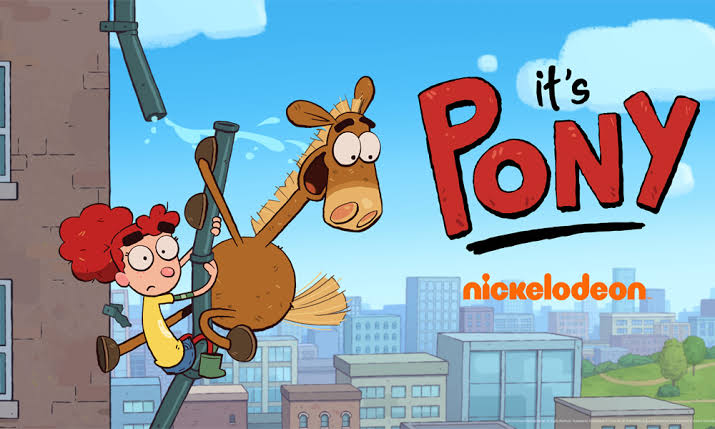 After a decade where new Nicktoons range from memorable (Korra, Harvey Beaks, The Loud House, TMNT) to good (T.U.F.F Puppy, Penguins of Madagascar, Welcome to the Wayne, Rise of the TMNT) to meh (Robot and Monster, Bunsen Is a Beast) to just plain stale (Breadwinners, Sanjay and Craig, Fanboy and Chum Chum, Pig Goat Banana Cricket, Planet Sheen), Nickelodeon has made a show that feels like nostalgia. It feels like one of those Saturday morning cartoons from the 1990s and early 2000s — you wake up, still in your PJs, and eat sugary cereal while you watch cartoons all morning. It also has that fresh, old Nicktoon smell.

And that show would be It’s Pony. It’s a hilarious thrillride and an adorable cartoon. I loved the titular Pony: he’s unpredictable, gives me a chuckle and got me smiling. And you gotta root for Annie; she’s an adorable girl who helps Pony with his problems. I laughed when that episode on plants was uploaded to YouTube. It’s like Hey Arnold and Doug mixed with Big City Greens. It’s not the next My Little Pony: Friendship Is Magic, but it is visually fun and easy on the eyes.

While there are two other cartoons that would rival It’s Pony (there’s also one more, but we don’t talk about reboots), this is a show that I recommend to watch.

Sure hope Nickelodeon would give this show more love, effort and high ratings put into it. I’m worried this show would be banished to the Nicktoons network, like those other poor shows, but still, with Brian Robbins in charge at Nick, the show will never be plagued by stuff like that. Anyway, I’m giving this show praise for having good jokes and cute, fun visuals. And after airing nothing but SpongeBob SquarePants and The Loud House, this is a new show I think Nickelodeon can’t reject…a nice breath of fresh air.

Good to see a show that’s not either one. Support by watching new episodes of this awesome show to earn better ratings!