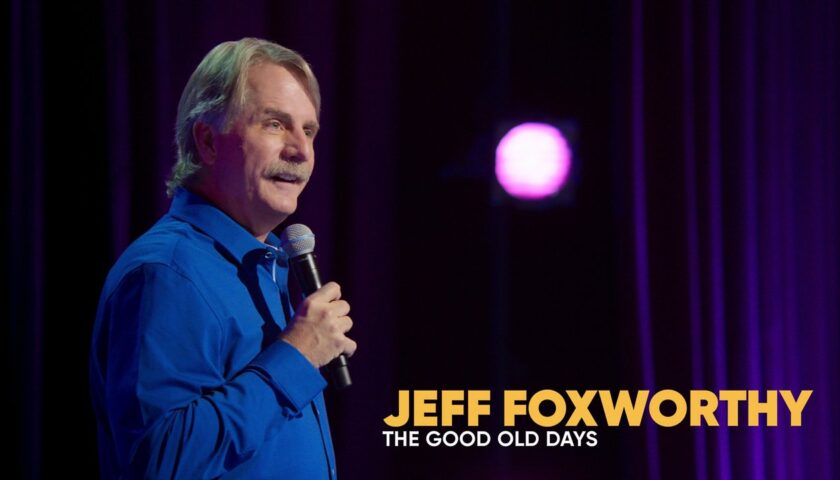 Are you a fan of comics and are struggling to find something good to watch? We might have a suggestion for you. Jeff Foxworthy is all set to make to make a comeback to comedy with his documentary film, The Good Old Days releasing on Netflix on 22nd March 2022.

The last two years have surely changed the mindset of people over several things. People have started to notice as well as appreciate the simpler things of life. The aim of The Good Old Days is no different. With COVID waves going downhill for quite some time now, people are again busy with their lives. This one-hour-long movie is going to take them on a ride down memory lane of nostalgia.

Jeff Foxworthy is not just a stand-up comic. He is also a bestselling author who has more than 26 books. Alongside these, he is also the largest selling comedy-recording artist in history and has been in the nominations of several Grammys. All these might seem a bit of exaggeration but let me tell you, Jeff Foxworthy is worthy of all this praise.

Jeff Foxworthy has his own comedy channel in partnership with SIRIUSXM titled, “Jeff and Larry’s Comedy Roundup”. He has been the host of various shows like “What It’s Worth” and “American Bible Challenge”. He is also the creator of the games “Relative Insanity” and “See What I mean”. Despite having all these up his sleeve, this man does not just stop here. Jeff also has his own company named Foxworthy Outdoors which provides products related to an outdoor lifestyle.

Now we come across the question that why Jeff reminds himself and others of “The Good Old Days”. In an interview he says, “You always hear old people talk about how the world is going to heck in a hay wagon and how much better things were in the “Good Old Days”…..Well, one day it hit me, why not put pen to paper and see if it really was better? It didn’t take long for me to realize that this is a comedy gold mine and it covered multi-generations.”

The movie is directed by Ryan Polito and has Jeff Foxworth as the only cast. It will be available in the English language.

Jeff Foxworthy comes up to the stage after twenty-four long years just to remember the good old days. He talks at length over the time when cellphones were nonexistent and when food was ordered at cafes, it went directly inside people without being posted with filters.

Besides all these, he makes a point about talking about the most hushed topic, ”SEX”, over which the audience goes rolling head over heels. This comic act of his is not being anticipated as his best but surely has some humorous gigs here and there which keeps the audience hooked.

To be honest this 60 min long documentary movie does not have anything special to attract the audience other than Jeff Foxworthy. He is the star as well as the life of the show. All that is going to be discussed and told in the show has already been told to us by others but this time the main focus is on the artist and his way of delivering the art.