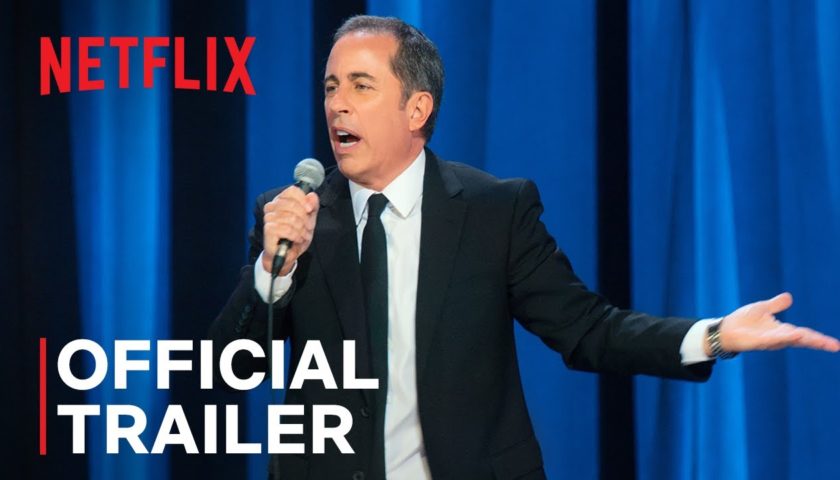 Whatever I am about to say about Jerry Seinfeld’s new special, 23 Hours to Kill, Seinfeld has already preempted. In the best, most carefully honed segment of the hour, he glides into an exploration of things that suck versus things that are great. “‘Sucks’ and ‘great’ are the only two ratings,” Seinfeld says. All things are either great or they suck; they’re great with some sucky parts or they suck except for one great thing, and all discourse has been whittled down to those essential categories. So when I tell you that the first half of Seinfeld’s special is a remarkable bout of classic Seinfeldian crankiness while the second half slides into less effective misanthropy focused on marriage, I can’t help but think of the more efficient way Seinfeld would frame it. The first half is great, and the second half sucks.

That binary is at least a little ridiculous, and way too simple. If I left you only with “the first half is great and the second half sucks” as a review, I’d get a deluge of emails demanding I explain myself (and more importantly, my editor would reject it long before it got to that point). But the genius of Seinfeld is his ability to take something absolutely mundane and wildly oversimplistic and quickly convince you of the clarifying truth of it. Are “It sucks” and “It’s great” empty, cop-out shrugs of response? Yes. Do you instantly understand what they mean? Completely.

The Seinfeld of the first half-hour is a cantankerous guy who slices through many of the most inane features of modernity with speed and precision, and he does it with such joy. Everything annoys him: phones, the post office, the fact that no food has ever been better than a Pop-Tart, the fact that restaurants call too many things “reductions,” the chore of leaving the house. (This one, and the opening rant against seeing annoying friends, will probably hit current Netflix audiences differently than Seinfeld would’ve intended when he recorded the show in early March.)

It is Seinfeld as he’s performed in the most on-the-nose Seinfeld parodies, full of rhetorical questions and pulled faces and bone-dryness alternating with stratospherically silly falsettos. It is Seinfeld Classic. But the thing none of the parodies can ever pull off is how tightly he writes. The parodies are always parodies and not copycats, because it’s actually really hard to whittle down some sweeping complaint about a tiny, insignificantly dumb thing and have it resonate somewhere deeply in your gut as Yeah. He’s right. I don’t know why it matters, but it’s weird how fast the doors of portable toilets swing open.

It’s remarkable how fully the dynamic changes when Seinfeld turns his eye on his own life. In much of the second half of the special, he is a schmuck in a suit who complains, mostly about his wife. He has shrunken and forcefully cut himself down to size with the blunt ax of his own self-consciousness. He has been married for 19 years, and it is exhausting. “Marriage,” Seinfeld says, “is two people trying to stay together without saying the words ‘I hate you.’” He imagines himself waking up every morning and standing in front of a Jeopardy! podium, trying and failing each day to match his wife’s level of petty animus. “‘I’ll take ‘Details of a Ten-Minute Conversation We Had at Three in the Morning Eight Years Ago,’” he envisions her saying, “and I would like to bet everything I have on that, Alex.” Women are the Übermenschen; men who try to take them on do so foolishly and with no hope of winning.

In the first portions of 23 Hours to Kill, and briefly again at the end as he turns away from family commentary, Seinfeld’s skill of pointing out absurdities is in full force. At his best, his comedy teeters in between magic trick and dad joke. A short riff on why restaurants insist on drizzling so much stuff on food is half painful groan, half resentful sense that he’s showing you a thing about dumb restaurant menus you’ve noticed before, but maybe never quite in that way — certainly never quite that efficiently, directly, or cleanly. The problem is that the same observations about, say, women (and Seinfeld always does, at some point, turn the topic to women) never pull off that begrudging sense of revelation. Seinfeld pulls his marriage onto the stage, waves his wand, and the marriage becomes … an image of marriage we all already know quite well from much of stand-up and many sitcoms. It’s frustrated, full of buried anger, and trope-y. He writes it well. The images are clear. But they never have that ping of tiny surprise.

Half of it sucks; half is great. It’s too simple as a way to summarize the special, because both parts are the same comedian using the same techniques, and all of them are some version of Seinfeld. But Seinfeld knows that, too. The rest of that joke follows Seinfeld’s insistence that “great” and “sucks” are actually exactly the same, a thread he pulls on through several rapid-fire iterations. The cleverest one is at the end: an ice-cream cone he imagines falling on the ground. “Ice cream falls off the top of the cone, hits the pavement. Sucks. And what do you say?” he says, shifting to a tone of dry annoyance. “Great.” Of course he chooses to end with that one. Its punctured-balloon final deflation is the funniest, and the worldview is closest to his pervasive grumpiness.

But an earlier one feels truer to the special as a whole. He describes a hot dog eaten at Yankee Stadium. The hot dog is cold. The vendor (he throws in, with the unapologetic Seinfeldian privilege) is an ex-con out on a work-release program. And yet, Seinfeld concludes, “You love that hot dog every time. Does it suck? Yes. Is it great? Yes!”