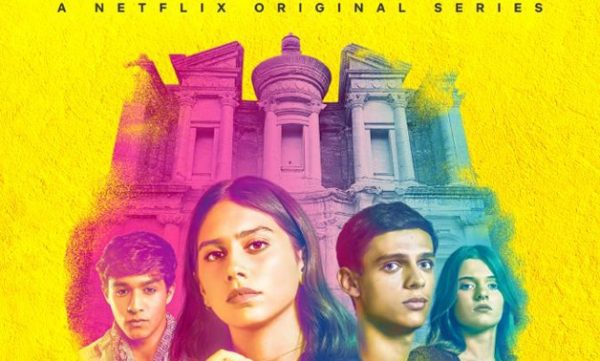 Review: I didn’t watch the show,but I started to watch the first episode,and it turned out that the show is a huge disappointment. When I heard that there will be a Jordanian show on Netflix I was very proud. I think this show is another way to make fun of Arabian and Islamic community.I watch more than 2000 films and 100 TV shows-take or years-and a lot of it described us as trust,but this show described us a free community with no moral. I really hoped this show would be a huge success but unfortunately it’s not. I hope there will be more Arabian TV shows,but they must use the real picture for our country’s.

I really thought that Netflix will add something new to the Arabic production scene as it did with Spanish, German and others productions, cinematography and production value were amazing, they missed a great chance with the soundtrack choice; they should have used eastern music that goes great with the JINN theme instead of going with western music that overwhelmed everything else. The idea of the series had potential, but it was spoiled by so many other things. Some reviews of the show mention that the show is being fought because of the overuse of profanity and the kissing scenes, Its not about that at all, its about the bad acting (really bad acting from young actors with no strong directors to guide them), the poor dialogue, the weak plot, the complete disregard of the cultural background and history of the JINN and the region the story is taking place at.

We should say it as it is, Netflix wasted a great chance to start with a blast in the Arabic production scene, if you won’t take the cultural background and history of the region in consideration and use them as elements in your production it will never work out. It was an American show that was translated using google and made with non-experienced actors without guidance. it was a disappointment.