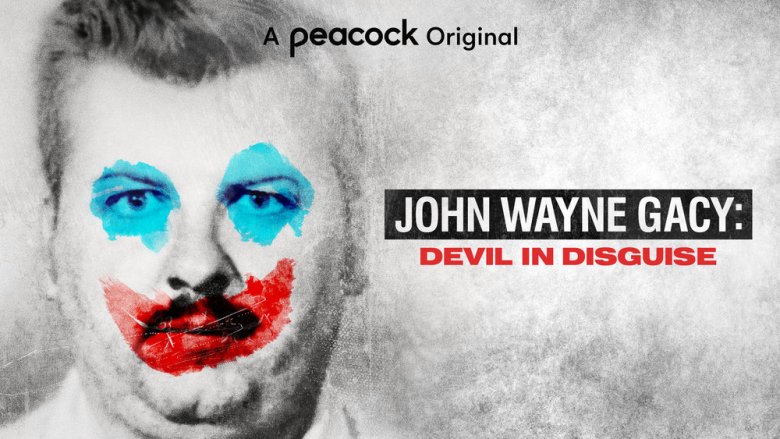 After a graphic that talks about how, in 1992, John Wayne Gacy sat for a rare on-camera interview, we fade into the image of Gacy, sitting in an office, talking to an interviewer.

John Wayne Gacy: Devil In Disguise, a six-part docuseries, goes further into the case than you probably know or remember, talking to journalists and law enforcement officers that were involved in trailing Gacy when 15-year-old Robert Piest went missing. But the key to the special is an interview with Gacy himself, recorded in 1992. The interviews were facilitated by Craig Bowley, who corresponded with Gacy by mail and phone calls in the 1980s, and the interview was conducted by FBI profiler Robert Ressler, one of the pioneers in the field of investigating serial killers.

The first episode goes over how the police in Chicago, Cook County and Des Plains, Illinois began to suspect Gacy in the disappearance of Piest, how their surveillance was so obvious that Gacy often talked to the officers watching him, drinking with them or cooking them dinner. But the more they surveilled him, the more red flags were raised. In the portions where Gacy is interviewed, he not only seems like a “normal guy,” but one who is detail-oriented and in control. He doesn’t exactly deny the murders but he doesn’t talk like he was the one who committed them, either.

We’ll just come right out and say it: The key to John Wayne Gacy: Devil In Disguise is the 1992 interview with Gacy himself. Sure, people who aren’t familiar with his case may want to tune in just to learn about it. But Gacy is right up there with the most notorious serial killers of all time; as we said, most people know the broad strokes of the case already.

So the footage of Gacy talking about the investigation and discovery of the remains under and around his house, shot about two years before he was executed, reveals so much more than any of the current interviews can. Yes, these interviews reveal how much of a “regular guy” Gacy seemed to be, as well as revealing his penchant for bragging about his connections. But watching Gacy talk on video, which has rarely been seen, really drives home the fact that depraved killers like him can look and seem completely “normal”.

It’s such a weird disconnect, seeing Gacy joke with Ressler about his swearing, and talk matter-of-factly about the cops that followed him around, knowing that he was the one who killed over 30 young men. Then, when you hear that Gacy was also convicted on child molestation charges in Iowa in the 1960s, seeing his unremarkable face makes for even more of a disconnect. It’s that odd feeling that compels the viewer to keep watching.

We’re curious to see where this goes, given the fact that Gacy was able to do what he did despite having been a convicted sex offender. Is it just the fact that in the 1970s there was no way for his crimes in Iowa to follow him to Illinois? Or was someone protecting him?