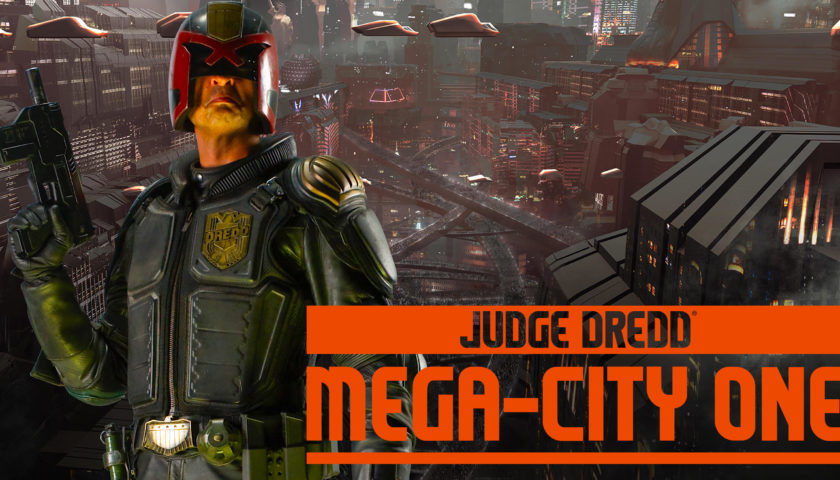 Review: The planned Judge Dredd: Mega-City One television show is one step closer to completion.Comic writer Rob Williams has finished work on the script for the first episode of the planned Judge Dredd television series. Rebellion, the owner of the Judge Dredd character, announced at SDCC that both the pilot script and the first two years of the proposed show have been plotted out, with Williams serving as the creative lead on the show.

Judge Dredd: Mega-City One was first announced last year and will be developed by Rebellion and IM Global. The show will center around Dredd and other law enforcement agents known as Judges that monitor and protect the overcrowded Mega-City One from crime. While the television show’s title bears Dredd’s name, the show is planned as an ensemble show focusing on several judges.

Judge Dredd was created by John Wagner and Carlos Ezquerra in 1977 and has been a staple of the 2000AD comics anthology. To date, there have been two live-action adaptations of Judge Dredd, a 1995 movie starring Slyvester Stallone and a 2012 movie starring Karl Urban. Although neither movie was a hit, the 2012 Dredd film became a cult favorite and Urban has expressed interest in returning to the role multiple times.

“I told them, if they write some great material for Dredd, and give him a real purpose and a function, that I would love to come back and be a part of it,” Urban said when asked if he’d like to star in the planned TV series. “So, let’s see what they do.”

Judge Dredd: Mega-City One producer Brian Jenkins has also expressed interest in bringing Urban back. “We have had many conversations prior to this, about all sorts of things,” Jenkins said on the 2000 AD Thrill-Cast podcast. “He’s also very busy, a full-time professional actor. So we’re going to have some long and complicated conversations I would imagine, and we’ll see where we go. It’s too early to tell yet, but if we can use him and he’s available to us, then I think that would be absolutely brilliant. There’s always a possibility he will be busy, or that his schedule for other movies won’t allow- Basically, we don’t know at this stage.”