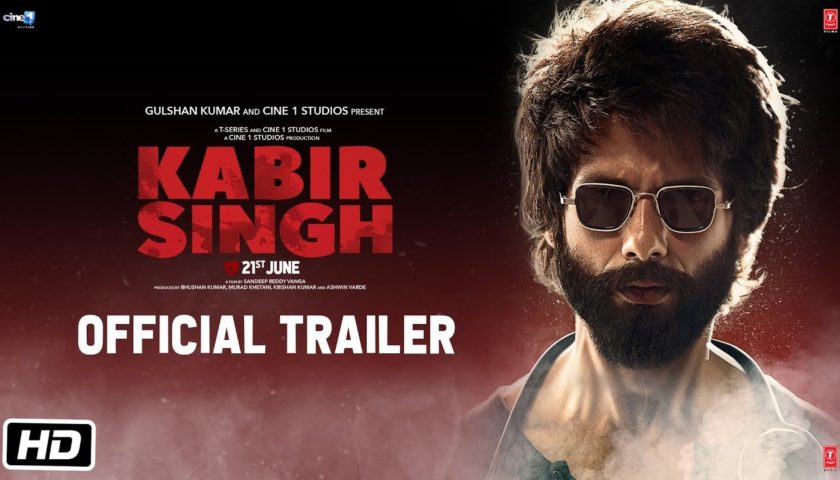 Review: Ok, Kabir Singh is not your picture perfect protagonist and neither the director tried to show him in that light.

It’s about a guy who’s not perfect, has anger issues but has fallen in love and doesn’t want to move on after he’s hurt. For him, she is everything.

It’s not your KJO type movie wherein the protagonist is a hero who won’t do a bad thing, his families are happy with him, his neighbors are happy and the entire college or city is happy with him.

It’s a story about a flawed person which is totally normal in real life. Don’t we have such friends or colleagues or people around us who we may not like but they are like that? So, if you feel it’s patriarchal and misogynistic, it is but it is that story about that man! Period.

Through his perspective, we realized he was pure and didn’t believe in casteism that comes in the way of love. Have we not come across that? Do we not become partial to other castes? My own marriage had almost become a victim of casteism but we held our own and now happily married for many years.

We saw a full circle of Kabir who was a sensitive child in love with a doll but was also possessive. We saw how he became protective for a new girl in college and she being a docile, submissive girl also fell in love with him. She loved him. It’s not like he forced himself on her.

He got hurt, did wrong things but still was a man of morals and came out clean when needed. He acknowledged himself that’s the only thing he liked about himself.

His coming of age while talking to his father when the latter was down in his life, shows his character development wonderfully written by Vanga. I’m his fan now.

Lots of hints are thrown out in open here’s a guy with so many issues is the topper of his college, did what the society wanted of him which is to be topper, study well, be a doctor but then he didn’t give a damn about what he wanted to do in his personal life and what others thought of him.

Other things he did when he did while womanizing he was broken and hurt. People when hurt deal with their issues differently. While some throw their phones on the floor in anger, others may just tell themselves to get up and go. Was he right? It’s about his story and life, not ours.

Need to view that story from that perspective and feel his pain and disagree where you didn’t like it. But you can’t say it’s glorifying his wrong deeds.

Was Padmavat glorifying Khilji’s work or GoT glorifying nudity and butchering?

I loved this new type of love story. The team worked hard and I loved all the characters in the film especially his friend Shiva – a true real raw friendship. Kiara was beautiful and could be the next big sensation as Disha did after MS Dhoni.Shahid can finally be sure his father is proud of his work. Never felt it was him and not Kabir for a second.

Request to the viewers to not be judgemental and watch it for what it is. Mind you, you’d not be disappointed. Peace!