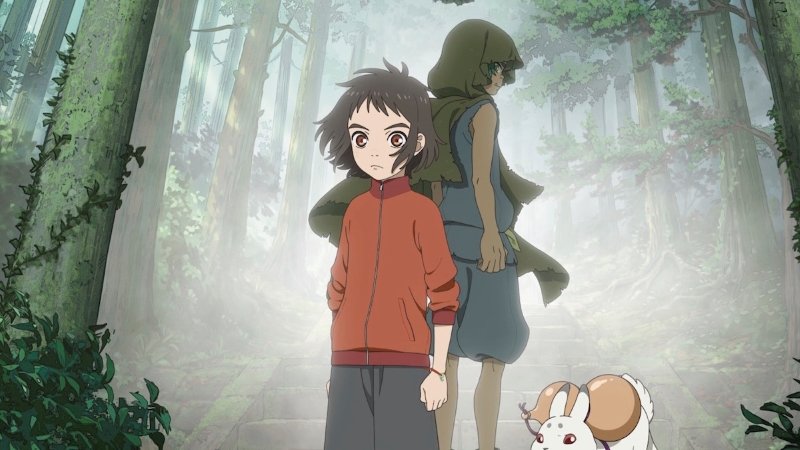 Anime movie buffs have something exciting lined up for 2022. Netflix just announced that it would be putting up Child of Kamiari Month Anime Film on its roster. With its smooth visuals, intriguing plot, and beautiful characters, Child of Kamiari Month had gained a lot of traction last Fall. It was fashioned like a Studio Ghibli movie. It had a strong female character, breathtaking landscapes, and a supportive male protagonist. So here is everything the fans need to know about the Netflix release.

In March 2019, Cretica Universal announced this project. It was going to be an original anime movie. But it was a crowdfunding campaign. The producers opened the anime for the public to fund it. The campaign ran three commits. So, the third commit ended in June 2020. Almost a year later, Child of Kamiari Month Anime Film was released on October 8, 2021, in Japanese theatres. So, international viewers haven’t yet had a taste of this gorgeous film.

In Japan, the month of October is called, Kannazuki. Kannazuki means “the month of no gods”. This is because the gods leave their shrines from all over the country. They gather in a place called Izumo. However, In Izumo, October is called “the month of gods.” With this setup, the protagonist Kanna is introduced. Kanna is a twelve-year-old girl ambitious lady. It is revealed that she is a descendant of the Gods. Her family’s mission is to collect offerings from all over the country.

Then they have to deliver them to Izumo. Originally, Kanna’s mother was supposed to be performing the task. However, Kanna’s mom passed away. The gods then offered Kanna a chance to see her dead mother. But, this was provided she completed the mission. Hence, the story follows Kanna’s adventures to fulfill her mission and try to meet her mother.

With a western release lined up, Netflix released a trailer for Child of Kamiari Month Anime Film. The biggest takeaway of the trailer was the additional English Subtitles. Fans see glimpses of the main characters, Kanna, the ogre boy, and the rabbit. A few gods (including a dragon) also make an appearance. The trailer is filled with emotion and builds a great tempo. The closing shot flashes the expected release date on Netflix. So, to know more about the release details, keep reading further.

The creators who brought this story to life are as follows. Satomi Tetsuro was the animation producer of the movie. Whereas, Sakamoto Kazuya was the creative director. Shinohe Toshinari was in charge of the original work. Meanwhile, Shirai Takana was responsible for the original concept. Suwa Michihiko and Mishima Teppei were the planners and producers of the movie.

Sagawa Haruka worked on the character designs. Moreover, Takita Tetsuro and Miyake Ryouta were in charge of the scripts. The theme song was titled “Kanna”. Singer Miwa performed it. So, Netflix has given away the release date of the movie in the west. The platform has slated the release for February 8, 2021. Specific regions are yet to be announced. Thus, keep an eye on this corner for more updates.